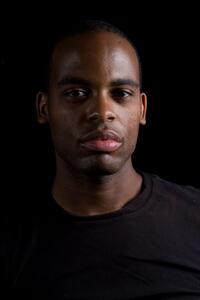 Having a conversation with Dr. Christopher-Rasheem McMillan about Christianity, dance, gender, color and queerness in the year 2021 is like putting on a fabulous new pair of shades: you may open your eyes to see the world in a whole different way – or at least a different color.  And it might be purple.

McMillan’s dialogue moves easily from numinosity expressed in purple flowers to biblical quotes to discussing sacred embodiment across contemporary dance and religious practices. As assistant professor of gender, women’s & sexuality studies, dance theory and practice at the University of Iowa, with research balancing scripture, sexuality and the sacred, he says “I am often trying to convince people who are in postmodern dance about the historical significance of the sacred in modern dance, thinking about Ted Shawn, Martha Graham, Alvin Ailey. And that choreographing the sacred was at the beginning of modern dance.”

Growing up in an African American Baptist-derived tradition, McMillan’s later encountered postmodern dance in a performance by choreographer Trisha Brown. He brought the two traditions together in a M.F.A. in experimental choreography from TrinityLaban (UK)  and a Ph.D. from King’s College, London (UK) in theology and religious studies. His ISM Fellowship project has explored research via two approaches: a book entitled Performance Criticism: Scripture, Sex, and the Sacred and development of choreography in both solo and group form.