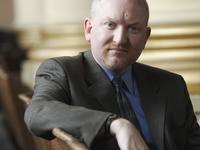 Shortly after the premiere of his first symphony, Johannes Brahms was confronted by one of his many critics, who noted the similarity between the theme of his final movement and Beethoven’s “Ode to Joy.” Brahms’s response was blunt: “Yes indeed, and what’s really remarkable is that every idiot notices it at once!” His frustration was understandable. Only a few years before the completion of his first foray into the symphonic genre, he remarked with despair to a conductor, “Never compose a symphony! You have no idea how it feels to our kind [composers] when one always hears such a giant [as Beethoven] marching along behind.”

This was a common sentiment among composers of the Romantic symphony. They saw themselves both inspired and dominated by Beethoven’s genius, for it was he who single-handedly redefined the genre. Especially for nineteenth-century French organists, Beethoven’s legacy, coupled with the typical ecclesial setting of the pipe organ, made the advent of the organ symphony all the more remarkable and difficult. Since the French Revolution, which caused a seismic break in liturgical music, musicians such as Lefébure-Wely composed in simple “secular” forms such as Marches and Arias, borrowing from the most popular music of the theater and opera house. Not until César Franck, who is usually credited with bringing about the organ symphony, did true nobility emerge in this genre. Franck’s Grand Pièce Symphonique for organ (1863) foreshadowed his own later and more mature Symphony in D.

Charles-Marie Widor (1844–1937), Franck’s successor at the Paris Conservatory and Lefébure-Wely’s successor at St. Sulpice, likewise continued to breach any barriers between the worlds of church and concert hall with the composition of his ten symphonies for organ. Even though the first eight are little more than suites, his use of major symphonic forms, especially sonata-allegro, earned his place in this lineage. Félix-Alexandre Guilmant, with his eight sonatas, and even the “mystic” Charles Tournemire would follow suit.

Widor was a towering figure on the Parisian musical scene for decades. In addition to his organ music, he wrote orchestral and chamber music, a ballet, and four operas. His influence on the organ scene is rivaled only by the genius who revolutionized the building of pipe organs, Aristide Cavaillé-Coll (1811–1899), a champion of Widor’s since his youth.Throughout his life, Widor had a deep interest in the historic musical treasures of Western Christianity, and this flowered especially in his later years thanks to the lasting influence of the chant revival from Solesmes. His final two symphonies, the Gothique and Romane, were the end results, the first based on the Christmas introit, Puer natus est, and the second on the Easter gradual, Haec dies.

In his own preamble to his final symphony, Widor explained the unique challenge of working with the Haec dies: “[It is] an elegant arabesque adorning a text of a few words—about ten notes per syllable—a vocalization as elusive as a bird’s song, a kind of pedal point conceived for a virtuoso free of limitation. In order to impose so fluid a theme on the attention of the listener, there is only one means: to repeat it ceaselessly.”

It is the combination of these two qualities, static repetition coupled with great rhythmic freedom, that are the hallmarks of this great work. In this and many other ways, one hears the influence of Wagner, to whose music Widor was devoted throughout his life. Long, sinuous musical phrases set over static pedal points foil the progression of time and are inflected by massive crescendos and diminuendos, particularly in the first movement.

The second movement presents the chant theme in choral-style with through-composed variations, equally beloved musical forms of Widor. Rather than suspending the primary musical material over pedal point, Widor uses ostinatos instead. The Cantilène (movement three) introduces the Easter sequence, Victimae paschali, another important and ancient liturgical piece. A work in essentially two equal halves, this movement employs a sensual and personal theme that employs the Clarinet stop, one of the truly innovative sounds on Cavaillé-Coll’s new instruments.

The Final is a toccata, which, like the first movement, focuses on the first two phrases of Haec dies in rapid repetition over long, static harmonic progressions. Unlike the first movement, which is essentially one long arch form, the Final forms several peaks and valleys alternating between cataclysmic eruptions of the “Haec” motive and calmer interludes. The closing pages of the work spin out long-breathed phrases over E, A, and D, culminating first in a final explosive statement of the “Haec” theme which, in turn, melts away into the longest and most gradual of the symphony’s characteristic decrescendos, bringing Widor’s final symphony to a solemn and peaceful conclusion.

Franck’s and Widor’s pupil, Louis Vierne (1870–1937), was destined to bring the organ symphony to its zenith in his six symphonies for organ. Formally, Vierne’s work reveals the influence of both teachers. Widor’s clear command of counterpoint and classical forms is evidenced throughout, while Franck’s attention to melodic development is equally present. Additionally, Vierne’s use of cyclic procedures in his Symphonies 2, 4, 5, and 6 is inspired by Vincent d’Indy, director of the Schola Cantorum in Paris. Harmonically, Vierne pays homage to Gabriel Fauré and Claude Debussy, and throughout his work, the grand sweep of Richard Wagner’s music can be heard, even though Vierne was by nature anti-Wagnerian. As is true for all French Romantic composers of organ music, the instruments of Aristide Cavaillé-Coll were a primary inspiration for Vierne. The fiery reeds, broad foundations, and soaring flutes demanded both bold rhythmic vitality and the generation of a “grand line.” Vierne did make a few innovations to organ timbre, namely, his occasional favoring of “gapped” registrations in scherzi and the specificity of reed sounds in the lyric movements. Vierne wrote, “[Music’s] purpose is to give voice to the movements of the soul…and my preference is for the elucidating of the interior life…. The pure musician sings of his joy, grief, hate, anger, hope, assurance. His creative field is without bounds, because he expresses all the feelings that pervade his personality.” Vierne’s symphonies, in true Romantic fashion, are an autobiographical record of a frequently troubled life. They become for us a window into the soul of one who described himself as having “an almost unhealthy sensitivity.”

Vierne’s work on his fifth and longest symphony began in 1923, after a series of personal tragedies. Due to increased difficulties with his eyes, Vierne was forced to move to Switzerland for treatment from 1916 to 1920. During this period, he lost his son and brother in the war, and the organ at the cathedral (under the supervision of Vierne’s former student, Marcel Dupré) fell into disrepair due to neglect. Vierne returned to Paris in 1920, poor from having been unemployed, only to see his beautiful instrument in shambles. He set about raising money to rebuild the organ through gifts and through the proceeds from numerous concert tours throughout Europe.

Like the Fourth Symphony, the Fifth begins with a somber Grave in which the two main themes of the entire symphony are heard. The rich chromatic harmonic palette nearly suppresses the tonal center at times. The vast second movement (Allegro molto marcato) is in sonata-allegro form: this movement’s first theme is the inversion of theme A, and the second theme is an extended version of theme B. After a labyrinthine development, theme A returns with full pedal.

The scherzo is a sardonic study of the two main melodies, this time heard in reverse order. The first French reviewer, Jean Huré, wrote in 1925, “The Scherzo is almost entirely chromatic and is a fiercely ironical, pitiless, satanic, and fantastic, caricature of earlier scherzos by the same composer.” The Larghetto is one of Vierne’s most lavish works. After a simple introduction featuring theme B in inversion and major mode, the movement proceeds to a tortured chromatic middle section, as though to demonstrate the brevity of happiness in Vierne’s life. The chromaticism gives way to a return of the main theme in the pedal, accompanied by a vibrant undulating string ostinato in the manuals. The work ends with an ascending version of theme A on the naïve sound of the Flute.

The Final is a toccata reminiscent of Vierne’s earlier Carillon de Westminster. Themes A and B are in conflict throughout the development and are not easily resolved during this, the longest of all Vierne’s symphonic movements. Nonetheless the movement ends with optimism and triumph, and with a heroic pedal cadenza. Huré, in a friendly though provocative manner, chides Vierne in his review, “I promised Vierne to curse him bitterly if, with such talent, he should again write so perfect a work, to express such pain and anguish in the course of forty-seven pages of very beautiful music.” He aptly sums up the essence of the work: “victory of joy over pain.”

-Program notes by the performer.

Martin Jean, director of the Yale Institute of Sacred Music, has performed widely throughout the United States and Europe and is known for his broad repertorial interests. He was awarded first place at the international Grand Prix de Chartres in 1986, and in 1992 at the National Young Artists’ Competition in Organ Performance. A student of Robert Glasgow, in the fall of 1999 he spent a sabbatical with Harald Vogel in northern Germany. He has performed on four continents and in nearly all fifty states. In 2001 he presented a cycle of the complete organ works of Bach at Yale, and his compact discs The Seven Last Words of Christ by Charles Tournemire and The Complete Symphonies of Louis Vierne, both recorded in Woolsey Hall, have been released by Loft Recordings. Recordings of the organ symphonies and Stations of the Cross by Marcel Dupré are forthcoming on the Delos label. Professor Jean is on the board of directors of Lutheran Music Program (www.lutheransummermusic.org).