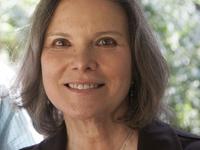 “In the Lateness of the World”

Renowned as a “poet of witness,” Carolyn Forché is the author of four books of poetry. Her first poetry collection, Gathering The Tribes (Yale University Press, 1976), won the Yale Series of Younger Poets Award. In 1977, she traveled to Spain to translate the work of Salvadoran-exiled poet Claribel Alegrí¬a, and upon her return, received a John Simon Guggenheim Foundation Fellowship, which enabled her to travel to El Salvador, where she worked as a human rights advocate. Her second book, The Country Between Us (Harper and Row, 1982), received the Poetry Society of America’s Alice Fay di Castagnola Award, and was also the Lamont Selection of the Academy of American Poets. Her third book of poetry, The Angel of History (HarperCollins, 1994), was chosen for The Los Angeles Times Book Award. Blue Hour is her fourth collection of poems (HarperCollins, 2003). She is currently at work on a memoir of her years in El Salvador, Lebanon, South Africa, and France. Carolyn Forché is Lannan Visiting Professor of Poetry and Professor of English at Georgetown University and lives in Maryland.