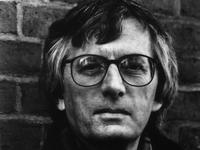 The Poet Laureate of the United States reads from his work

Charles Wright is often ranked as one of the best American poets of his generation. Born in 1935 in Pickwick Dam, Tennessee, Wright attended Davidson College and the Iowa Writers’ Workshop; he also served four years in the U.S. Army, and it was while stationed in Italy that Wright began to read and write poetry. He is the author of over 20 books of poetry. In 2014, he was named Poet Laureate of the United States.

Wright’s early work, including The Grave of the Right Hand (1970), received positive critical attention, but his reputation has increased steadily with each poetry collection. From The Grave of the Right Hand to lauded works such as The Other Side of the River (1984), Chickamauga (1995), Appalachia (1998), A Short History of the Shadow (2002), and Scar Tissue (2006), Wright has worked in a style that creates a feeling of immediacy and concreteness by emphasizing objects and personal perspective. David Young described Wright’s work in Contemporary Poets as “one of the truly distinctive bodies of poetry created in the second half of the twentieth century.” Many critics believe that Wright’s childhood in rural Tennessee remains a vital force in his writing, as he shows a typically southern concern for the past and its power. Yet Wright often reaches beyond his southern roots, creating images of landscapes from Italy to Virginia in what Ted Genoways typified as a “search for transcendence in the landscape of the everyday.” According to Genoways, “Wright’s poems yearn for the ideal, but are tempered by a suspicion of futility,” and are a “strange alchemy, a fusion of the direct, understated lyrics of ancient Chinese poets like Tu Fu and Wang Wei, the lush language of nineteenth-century Jesuit Gerard Manley Hopkins, and the allusive, rhetorical movement—the ‘gists and piths’—of Ezra Pound’s Cantos.”

Wright has referred to his three trilogies, Country Music, The World of Ten Thousand Things, and Negative Blue, as “The Appalachian Book of the Dead.” The works are intricately structured—they have been labelled “Dante-esque” by some—but take as their main themes time the past, family and the influence of place, as well as the spiritual journey of Wright himself. Reviewing Appalachia for the New York Times, Adam Kirsch described “the still center around which these themes whirl,” which, Kirsch added, “has always been Wright’s metaphysical yearning, his desire for a mystical or religious transcendence that is seemingly impossible today.” Commenting on his trilogy of trilogies, Wright has said, “All three trilogies do the same thing, and they have essentially the same structure. Past, present, future: yesterday, today, tomorrow.”

Wright followed up Negative Blue with A Short History of the Shadow (2002), which samples many of his traditional themes: evocations of Blue Ridge landscapes, tips of the hat to his favorite poets, as well as recognition of the “fleetingness of all things.” The book received mixed reviews. For William Logan, writing in the New Criterion, when compared to the work of his three trilogies, the newer poems “are written in the sketchy, hither-thither manner, like the musings of a man waking from anaesthesia, into which Wright’s hard early style has gradually softened.” However, Jay Parini, reviewing the collection in the Nation felt the book harkened back to Wright’s “middle period,” beginning with The Other Side of the River. Parini went on to note that Wright “fetches the reader’s attention with compelling aphorisms, with phrases arranged to crate a subtle, alluring music.”

Wright has set a prolific pace since A Short History of the Shadow, publishing a new collection nearly every year. These later works often return to the shorter poems and deep elegies of his early work. According to Joe Moffett, in his book Understanding Charles Wright, the collection Buffalo Yoga (2004) centers on the “difficulty of loss,” and mostly eschews the problems of language and representation that marked Wright’s middle period. Though formally the book contains an assortment of styles—from short lyrics to sequences—a set of overarching themes (the search for meaning, the transience of life) continue to link the poems together. In Buffalo Yoga, and the books that follow, Wright’s central preoccupation is mortality, the passage of time, and the inevitability of death, usually his own. Scar Tissue (2006), which was awarded the Griffin International Poetry Prize, fittingly begins with a stock-taking piece called “Appalachian Farewell.” His book-length poem, Littlefoot (2007), is a diary of his seventieth year and meditates seriously on life and death, nature and meaning. Thomas Curwen, in the Los Angeles Times, called the book “one of the most satisfyingly possessed landscapes of [Wright’s] career.” The poems in Sestets (2009) are also short (all are six lines) and elegiac, concerned with memory, landscape and music. Critic Janis Lull described the “recurrent note of resignation in the Sestets, and this also ties them to the tone of Wright’s later work. He has always been a poet concerned with grand ideas—or rather he has always been sorry that he no longer believes in grand ideas.”

Charles Wright is a Chancellor of The Academy of American Poets and the Souder Family Professor of English at the University of Virginia in Charlottesville. His many collections of poetry and numerous awards—including the Pulitzer Prize, the Griffin International Poetry Prize, and a Ruth Lilly Poetry Prize—have proven that he is, as Jay Parini once said, “among the best poets” of his generation. Yet Wright remains stoic about such achievements: it is not the poet, but the poems, as he concluded to Genoways. “One wants one’s work to be paid attention to, but I hate personal attention. I just want everyone to read the poems. I want my poetry to get all the attention in the world, but I want to be the anonymous author.”

Biography exceprts are from the Poetry Foundation.