Jewish Romance in the Middle Ages

Ruth von Bernuth “A Little Truth and Many Lies: Dukus Horant as a Jewish Romance”

Tovi Bibring “‘The blood is the life of all flesh’: Discoursing Blood in a Medieval Fable (Berechiah, Marie de France, the LBG and the Partial Derivative)

Shamma Boyarin “‘What’s Love Got to Do With It?’: A Jerusalem Tale and the Borders of Medieval Jewish Romance”

Astrid Lembke “Stealing Back One’s Husband: The Yiddish Story from Danzig in the Context of Early Modern Cross-Dressing Narratives”

Caroline Gruenbaum is a post-doctoral fellow at Yale University in the Institute of Sacred Music, where she is preparing a book manuscript titled King Arthur’s Jewish Knights: Translation and Religious Identity in Medieval Ashkenaz. Her research focuses on the genre of belletristic Hebrew literature in medieval Christian Europe, particularly emphasizing the importance of French-to-Hebrew translations in the development of medieval Jewish literary culture. Her most recent publications have appeared in Early Middle English and PaRDeS, the Journal for the German Association for Jewish Studies. She holds a PhD from New York University in the department of Hebrew and Judaic Studies, where she was an affiliate of the Medieval and Renaissance Studies Center.

Annegret Oehme is an Assistant Professor in the Department of Germanics at the University of Washington, Seattle. She received her Ph.D. in 2016 in German from Duke University and University of North Carolina at Chapel Hill through the Carolina-Duke Graduate Program in German Studies. Her research interests include medieval and early modern German and Yiddish literature, and pre-modern cultural transfers within a German-Jewish context. Her publications on Old Yiddish literature, early modern marriage treatises, and a graphic novel have appeared in The German Quarterly, Ashkenaz, Daphnis, among other journals. Her book, He Should Have Listened to his Wife, (De Gruyter, 2020) explores the construction of female figures in Middle High German and Yiddish adaptations of an Arthurian Romance.

Ilil Baum is a postdoctoral fellow at the Buber Society of Fellows, the Hebrew University of Jerusalem (2019–2023). She earned her Ph.D. from the Hebrew University (2018), which included two years as a visiting scholar at the University of Barcelona. Previously she was a postdoctoral fellow at the Frankel Institute for Judaic Studies at the University of Michigan and the Cohn Institute at Tel Aviv University. Her research focuses on the interplay of language and identity among the Jews of Spain on the eve of their expulsion; and on the emergence of Sephardic identity after 1492. She is particularly interested in the role of Jews as mediators in multilingual and multicultural societies throughout the Mediterranean. https://huji.academia.edu/IlilBaum 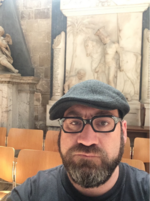 Shamma Boyarin is an assistant professor in the English Department at the University of Victoria. He is also the director of the Religion, Culture and Society Program. His research and teaching interests span medieval literature (with a specific focus on Hebrew and Arabic literature) religion, and pop culture—a special focus on heavy metal. His most recent publication was “The New Metal Medievalism: Alexander the Great, Islamic Historiography and Nile’s ‘Iskander Dhul Kharnon’ ” published in Medievalism and Metal Music Studies: Throwing Down the Gauntlet (Emerald Studies in Metal Music and Culture), Barratt-Peacock, Ruth and Hagen, Ross (eds). 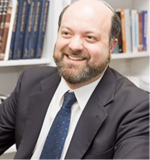 Eitan P. Fishbane is associate professor of Jewish Thought at The Jewish Theological Seminary (JTS), where he teaches and mentors students in all five graduate and undergraduate schools. Fishbane earned his Ph.D. and B.A., summa cum laude, from Brandeis University, and he served on the faculties of Carleton College and Hebrew Union College-Jewish Institute of Religion before coming to JTS in 2006. A 2015–2016 JTS Chancellor’s Fellow, Fishbane recently completed a term of service on the Faculty Executive Committee; he serves on the Rabbinical School Council at JTS, as B.A. and M.A. advisor in Jewish Thought, and as division chair for Jewish Mysticism at the Association for Jewish Studies (AJS). Among his published works are The Art of Mystical Narrative: A Poetics of the Zohar (Oxford University Press, 2018) and As Light Before Dawn: The Inner World of a Medieval Kabbalist (Stanford University Press, 2009). Fishbane was a 2011 recipient of the Charles A. Ryskamp Fellowship from the American Council of Learned Societies. His current work-in-progress are two books: The Sabbath in Hasidic Thought: Sacred Time and Mystical Consciousness; and The Zohar as Mystical Poetry.

Dana Fishkin is an associate professor of History at Touro College in New York. She holds a dual appointment at Lander College for Women and the Graduate School of Jewish studies, where she teaches courses on medieval history, literature and Jewish studies. Dana’s research focuses on Jews of late-medieval Italy, and she is currently writing a book on the fourteenth-century Jewish poet and scholar, Immanuel of Rome.

Rella Kushelevsky is a professor emerita at Bar-Ilan University, the Department of the Literature of the Jewish People. She specializes in medieval Hebrew tales, contextualized in their cultural milieu, and in Talmudic tales from literary and hermeneutic aspects. Recent books are: Penalty and Temptation, Hebrew Tales in Ashkenaz (Jerusalem: Magnes, 2010, Hebrew), and Tales in Context Sefer ha-Ma’asim (Ms. bodl. Or. 135) in Medieval Northern France (Raphael Patai Series in Jewish Folklore and Anthropology, Wayne State University Press, 2017).

Astrid Lembke is a professor of Yiddish Literature and Culture at the University of Vienna. Before moving to Austria, she worked in Frankfurt a. Main, Heidelberg, and Berlin (Humboldt-Universität and Freie Universität). Her research focuses on early modern Yiddish adaptations of non-Jewish narratives, on German courtly literature of the 13th century, on the modern reception of medieval literature, and on hagiography. She has just published a book on fictional inscriptions (Inschriftlichkeit. Materialität, Präsenz und Poetik des Geschriebenen im höfischen Roman) and, together with two colleagues, an edition and translation of a medieval legendary text on St. George (Reinbot von Durne: Der Heilige Georg). She is currently preparing a critical edition of the Old Yiddish courtly romance Widuwilt.

Ruth Nisse teaches in the Department of English and the Center for Jewish Studies at Wesleyan University. Her most recent book is Jacob’s Shipwreck: Translation, Diaspora and Jewish-Christian Relations in Medieval England (Cornell University Press, 2017). She has previously written about Alexander romances in “Diaspora as Empire in the Hebrew Deeds of Alexander (Ma’aseh Alexandros),” in Alexander the Great in the Middle Ages: Transcultural Perspectives, ed. Markus Stock (University of Toronto Press, 2016).

Since 2008, Ruth von Bernuth has taught Medieval and Early modern German and Yiddish literature and culture in the Department of Germanic and Slavic Languages and Literatures of the University of North Carolina at Chapel Hill, where she is also the director of the Carolina Center for Jewish Studies. For a research project on Yiddish literature she was awarded a visiting fellowship in Jewish Studies from Yad Hanadiv and Beracha Foundation in Israel in 2011–2012. Her most recent book, How the Wise Men Got to Chelm: The Life and Times of a Yiddish Folk Tradition (New York University Press, 2016), examines the multiple ways in which the Jewish story tradition of the “Wise Men of Chelm” came into being. Website: https://gsll.unc.edu/current-faculty/vonbernuth/ 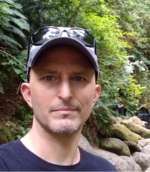 David Wacks is head of the Department of Romance Languages and professor of Spanish at the University of Oregon. He earned his Ph.D. in Hispanic Languages and Literatures from UC Berkeley in 2003. In 2006 he was Harry Starr Fellow in Judaica at the Harvard Center for Jewish Studies. He is author of Framing Iberia: Frametales and Maqamat in Medieval Spain, (Brill, 2007), winner of the 2009 La corónica award, and Double Diaspora in Sephardic Literature: Jewish Cultural Production before and after 1492 (Indiana University Press, 2015), winner of the 2015 National Jewish Book Award in the category of Sephardic Culture, and Medieval Iberian Crusade Fiction and the Mediterranean World (University of Toronto Press, 2019). He is also co-editor, with Michelle M. Hamilton and Sarah J. Portnoy, of Wine, Women, and Song: Hebrew and Arabic Poetry of Medieval Iberia (Juan de la Cuesta, 2004); co-editor, with Michelle M. Hamilton, of The Study of al-Andalus: The Scholarship and Legacy of James T. Monroe (ILEX Foundation, 2018), and general editor of Open Iberia/América: Teaching Anthology (https://openiberiaamerica.hcommons.org/). His current book project is titled People of the Book: Jewish, Christian, and Muslim Retellings of the Hebrew Bible in Medieval Iberia. He blogs on his current research at http://davidwacks.uoregon.edu.