Canons and Curricula: Confronting Legacies of White Supremacy in Departments of Music

Register for the Zoom webinar

Professor Kajikawa’s talk and discussion will be based on two of his recent publications addressing efforts to diversify college and university music programs. Why is institutional change so difficult? Do efforts to include new and different forms of music do enough to combat racism? What does real change look and sound like?

Download a PDF copy of “The Possesive Investment in Classical Music” by Loren Kajikawa. This essay originally appeared in Seeing Race Again: Countering Colorblindness Across the Disciplines.

Loren Kajikawa is an Associate Professor of Music at the George Washington University’s Corcoran School of the Arts & Design, where he teaches courses in music history and ethnomusicology. His research explores the intersection of race and music in the twentieth and twenty-first centuries, and he is the author of Sounding Race in Rap Songs (UC Press, 2015), which analyzes the role that hip hop beats play in the construction of musical identity. He is the former Editor of the Journal of the Society for American Music and currently serves as Co-Editor for Tracking Pop, the University of Michigan Press’s popular music book series.

Part of the series Race, Power and the Production of Musical Canons 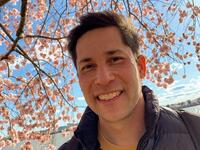