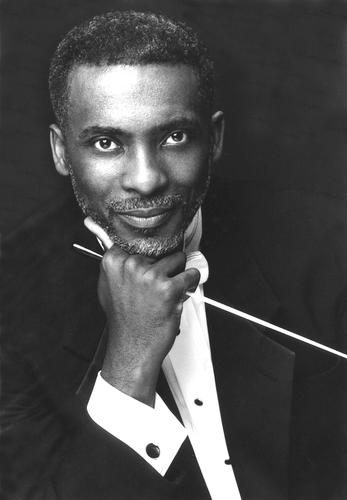 Martin Jean has announced the appointment of André Thomas for the 2020–2021 academic year.

Dr. Thomas will join the faculties of the Yale Institute of Sacred Music and Yale School of Music after a distinguished career most recently at Florida State University, where he is the retired Owen F. Sellers Professor of Music, Director of Choral Activities, and Professor of Choral Music Education. He is in demand as a choral adjudicator, clinician, and director throughout North America, Europe, Asia, New Zealand, Australia, and Africa. His domestic and international conducting credits are extensive, including leading convention choirs for the National Association for Music Education (NAfME), the American Choral Directors Association (ACDA), and the World Youth Choir; and orchestras ranging from the Birmingham Symphony Orchestra (England) to China’s People’s Liberation Orchestra. He recently retired as artistic director of the Tallahassee Community Chorus.

Dr. Thomas has been widely recognized for his dedication to and accomplishments in the choral arts. In 2011, the African Diaspora Sacred Music and Musicians Program honored him as a Living Legend. In the same year, Chorus America presented Dr. Thomas with its Distinguished Service Award. In March of 2017 ACDA presented Thomas with its highest honor, The Robert Shaw Award, and in November of 2017 NCCO (National Collegiate Choral Organization) presented Thomas with its Lifetime Achievement Award. In January 2019 he was inducted into the Florida Music Educator’s Hall of Fame.  He is a past president of the Florida ACDA and the past president of the Southern Division of ACDA, and the current Vice President of National ACDA and the artistic Chairman of the 2021 National Convention.

Dr. Thomas will lead the Camerata in its four major concerts next season, and will join Jeffrey Douma and David Hill next year in instruction of graduate majors in choral conducting. Prof. Douma will serve as overall coordinator for the program and teach the second-year students, and Profs. Thomas and Hill will each teach two of the first-year students.

As we welcome Dr. Thomas to Yale and as the director of Camerata, we toast especially Camerata’s conductor and founder, Prof. Marguerite Brooks, consummate artist and teacher. We will have more opportunities this year to celebrate the legacy Prof. Brooks created at Yale in training some of the leading musicians in the choral field, and her inspiring dedication to Yale Camerata.

Please join us in giving thanks for Prof. Brooks’ leadership and for the Yale Camerata as we warmly welcome Dr. André Thomas into our community.