Yale ISM professor and renowned tenor, James (Jimmy) Taylor, has been awarded the George Perrin Prize for his extraordinary contribution to the vocal arts in America. The annual prize awarded by the New York City-based Voices of Ascension Chorus and Orchestra recognizes outstanding achievements in professional choral music. Taylor will receive the prize at a reception in New York on October 13.

Taylor is professor in the Practice of Voice with joint appointments at the Yale Institute of Sacred Music and Yale School of Music. He also coordinates the Early Music, Oratorio, and Chamber Ensemble, part of Yale’s early music vocal program. Taylor has an extensive repertoire ranging from the medieval period to the twenty-first century. 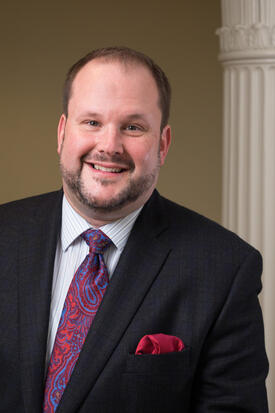 “As one of the most important vocal teachers in the United States, as well as being one of the most sought-after Bach tenors of his generation, Jimmy Taylor has created a significant legacy in the training of young singers in this country, particularly those who specialize in early music” said Voices of Ascension artistic director, Dennis Keene.

Over the past decade, Taylor has taught almost all the young soloists in the Voices’ Baroque concerts, many of whom are current or former students of his at Yale. “His work as a teacher and mentor to these gifted young artists has enriched Voices of Ascension more than I can say. These students not only sing beautifully but have clearly been inspired by Jimmy’s deep musical and humanistic qualities” Keene said.