Recruiting for the ISM in the Lone Star State 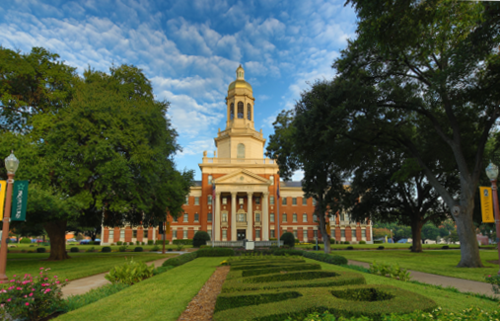 This past week, my quest to recruit future ISMers took off a in very big—like, Texas big—kind of way. After a hop, skip, and a long jump through Hartford and D.C., my lumbering craft made its final descent into Dallas. The sun shone, my thawing suitcase skittered on its wheels, and the days ahead glimmered with potential. The first full day took me to Waco, home to Chip and Jo’s domestic empire on HGTV, streets full of taco joints, and of course, the sprawling, sunlit den of the Baylor Bears. Though the autumnal season was well under way, these Bears were hardly gearing up for hibernation. They seemed, in fact, quite excited to investigate their potential futures in pipe organ performance, Saint Bonaventure studies, choral conducting, George Herbert, and pastoral ministry, among others. The liveliness, quick wit, curiosity, and warmth of these very interdisciplinary Bears blew me away! 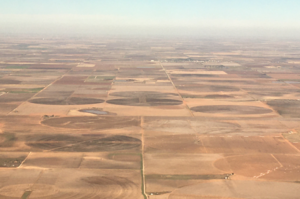 On these happy breezes I sailed toward what felt like the other end of the earth—the cotton fields of Lubbock, Texas, extending in circles and squares as far as the eye could see, studded by the largest university (in terms of square mileage) in the United States, Texas Tech University. Lubbock, named by its billboards as the “friendliest city in America,” and also (not by its billboards) as the city with the worst weather in America (dust storms!), lived up to the former. Texas Tech students, business owners, and baristas chatted with me with the comfort of a cotton sweater. Those intrigued by the ISM taught me a thing or two about interdisciplinary—representing the theater, music, creative writing, and theology majors all in a single information session! A delightful and multi-dimensional conversation was enjoyed by all, along with a couple of pizzas. No dust storms, fortunately. Hi-ho, Texas—cheers until next time.