The 2018–2019 academic year marks the ninetieth anniversary of the founding of the Union Theological Seminary School of Sacred Music, the first implementation of the dream of interdisciplinary training for musicians and ministers together.

When the School of Sacred Music closed its doors in the early 1970s, Robert Baker, director of the school; seminary chaplain Jeffery Rowthorn; and music historian Richard French, together with the administrator Mina Belle Packer, migrated to Yale University to begin a similar venture: The Institute of Sacred Music.

The excerpt below is reproduced from the first chapter of Sacred Music at Union Theological Seminary, 1836–1953: An Informal History by Ellouise W. Skinner (M.S.M. 1953). It was kindly provided by Mina Belle Packer Wichmann.

The School of Sacred Music was opened in September, 1928 …

“Dr. Coffin, we have an idea which we would like to talk over with you, sometime soon.”

“All right, why not make it tonight?”. 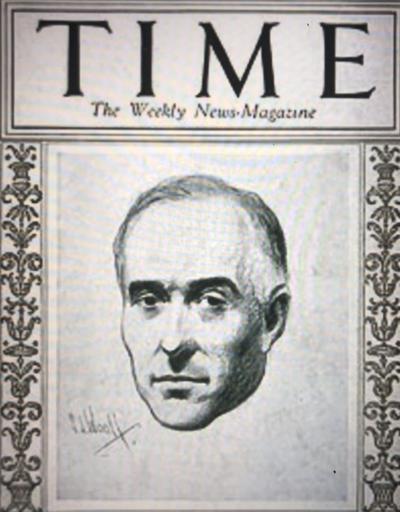 With little more introduction than that, the plans for the School of Sacred Music were laid in January of 1928, with Dr. Henry Sloane Coffin, President of the Seminary, and Drs. Clarence and Helen Dickinson as principal designers.

As a church musician and a teacher of young organists desiring to become church musicians, Dr. Dickinson had long felt that these students should be receiving more than training in technique, in organ repertory, and in accompanying choir and congregation. His students had expressed their own desire to learn actual church usages and the background of music employed in the church; but no schools of music offered related courses in religion, and no seminaries admitted non-ministerial students.

As a minister, Dr. Coffin had deplored the wide-spread practice of bringing the professional musician into the church without any preparation for his part in the life of the church. Twenty-five years in the pastoral ministry had taught him the importance of good church music and the need for sensitive church musicians. So now, as President of a theological seminary, Henry Sloane Coffin had also been entertaining an idea which implied the School of Sacred Music which was to come.

… in response to a very real need and an increasing demand …

The desire for better music had already found expression in the formation of commissions on church music, and a few universities were offering courses in the sacred music field. But denominational committees, designed mainly for editing hymnals and for counselling churches under their care regarding musical problems, had been only the most obvious manifestation of the re-awakening of the churches’ interest in their music. More than that, there had been growing recognition among churchmen of all denominations that those responsible for music in the worship of the church should be thought of as sharing responsibility for the spiritual well-being of the congregation, and therefore should receive proper training for this aspect of their vocation. To praise and glorify God is man’s chief end, and music is a means by which all sorts and conditions of men may join together in common praise to the Lord. The musician’s role as a leader of worship is an important one, and it is important that there be opportunity for training in the “ministry of praise” as well as in the ministry of the sacraments of the church.

… as one of the departments of the Seminary … 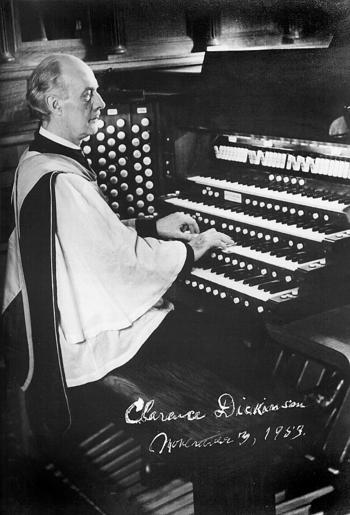 The constant encouragement given by Union Theological Seminary to musical activities and its support of a music department throughout much of its existence led Dr. and Mrs. Dickinson to put the plan for their “Institute of Church Music” before the President of Union. The joining of music and theology, of divinity students and music students, did not seem at variance with the Seminary’s history.

In the hundredth year after the Seminary’s charter was granted, Dr. Coffin addressed a petition to the New York Board of Regents:

“I think you will see that we do not contemplate a degree outside of the purpose for which we are chartered… . We feel that sacred music is peculiarly a field for a theological institution, as it belongs manifestly within the life and work of the Christian church.”

The Board of Regents evidently agreed, for it subsequently gave the Seminary power to grant the first Master’s degree in Sacred Music.

The establishment of a School of Sacred Music within an institution devoted to the study of theology and to training men for the Christian ministry was in itself a step toward the realization of an ideal minister of music.

The educational and spiritual opportunities in a seminary environment afford the best possible location for a school devoted to church music. Understanding the purpose and essence of Christian worship is primary training for any minister; a real appreciation of the context in which church music must live is primary training for the minister of music.

As the leader of the church’s music works here side by side with its future ministers, he comes to know and understand the minister’s point of view, purposes and problems …

The first aim of this School, declared the President, is to supply the church with competent musicians thoroughly conversant with the thought, worship and work of the church … musicians who can be genuine partners of ministers in the pastoral office. “Training these men and women in conjunction with candidates for the ministry [should] develop leaders for church music who will be sympathetic with the purpose for which churches exist, and really qualified to be associates for the pastors in this important ministry.” Union Seminary, in its inter-denominational approach that encompasses all aspects of Christian worship, and in its attempt to train all who in any way intend to devote themselves to church work, is unique in its opportunity for exchange of thought and work in the training experience. In such an atmosphere, the church musician, the religious educator, and the minister meet and train together in much the same way as they will work together in actual parish situations.

… On the other hand, those who are to be pastors have an opportunity to realize more fully the place and significance of music in worship … 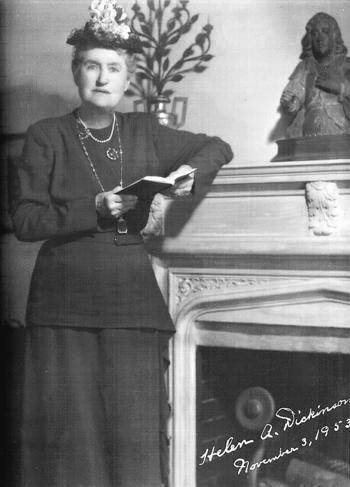 The second aim of this School of Music is the musical education of future pastors enrolled in the Seminary as divinity students. The original “department of sacred music” held lectures and classes for the student minister; and now the School, in addition to preparing its own students, must also continue the musical education of the entire Seminary community through introductory courses in sacred music, through the presentation of the greatest in church music literature in Seminary services and in concerts of sacred music, and through the presence of music students themselves, who, it is hoped, will be moved to “evangelistic efforts to improve the tastes and enlighten the minds of their theological fellow-students in good music”!

If the training period of both the music and the theological student includes mutual cooperation in the Seminary, discussion of present and future mutual problems, and similar or identical courses in both music and theology, surely this mutual understanding should do much to bring about an adequate and beautiful service of worship in all churches.

… this mutual understanding should do much to bring about an adequate and beautiful service of worship in all churches.

Since this is the goal of the Seminary itself, with the opening of its School of sacred Music in 1928, Union Theological Seminary became the first divinity school to accept music student as full-fledged seminarians—a true “union” of training for all ministries in the church. 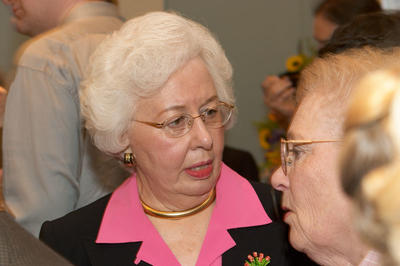