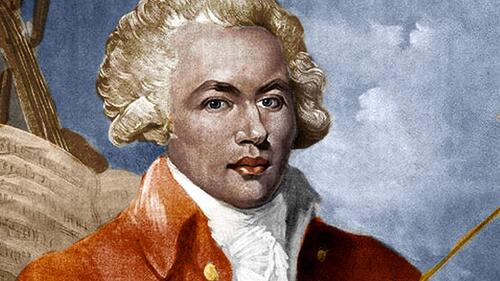 Over the recent months, the ISM and its two partner schools, Yale Divinity School and Yale School of Music, have been involved in important conversations about equality, inclusion, racism, and ways to reimagine our curricula in a more just and equitable way (See also Martin Jean’s “From the Director’s Desk” published last week). This reimagination has, of course, to start with a critical assessment of our current practices. When we look at the musical repertoire we have been performing and teaching, it is apparent that the emphasis is on composers who are primarily male, white, and Christian. While we regularly program works by Palestrina, Monteverdi, and Bach, other voices are missing in our concerts with early music. There are a number of reasons. One of them is that, historically, musicians from marginalized communities were excluded from studying music, from performing it, and from publishing their works.

A typical example is the Renaissance, when monasteries and cathedral choirs shouldered most of the teaching of music and composition. This system of music education automatically excluded Jewish composers (who represented the largest non-Christian group in Europe) and also women. Even during Bach’s time in the early 18th century, women were barred from participating in church music—which not only literally silenced their voices, but also deprived them of one of the main avenues for music education. Musicians of color were often similarly excluded from these pathways to becoming a composer.

In the fall term of 2020, a group of twenty students met four times a week under my guidance in a new course called “Silenced Voices: Music, Race and Gender in Early Music.” The course explored and challenged the established canon of western early music and considered ways to give voice to musical styles, practices, and compositions before 1800 that have been neglected in most concert programs.

The course took a two-pronged approach. First, we analyzed how canonic works encode and perpetuate marginalization: the gender dynamics in baroque operas, the anti-Jewish messages of 18th-century oratorios and cantatas, the representation of Blackness in Mozart’s Singspiels, and the depiction of Indigenous people as “savages” in French keyboard music. Through this critical assessment, we not only reviewed the repertoire that is commonly being performed in concert halls and churches in the U.S., but also came to more deeply understand the patterns of marginalization that still exist and that shape our musical performance choices.

The second focus of the seminar was on case studies exploring composers and performance traditions from marginalized groups. We studied the music by Jewish composers Salamone Rossi, Abraham Caceres, and Leonora Duarte and the works by female composers such as Barbara Strozzi, Lucretia Vizzana, and Maria Anna de Raschenau. We analyzed the instrumental music by composers of African origin like Ignatius Sancho and Joseph de Bologne (aptly called by one participant “the most interesting man in the world”) and vocal works by composers in South and Middle America such as Ignacio Quispe and Juan G. de Padilla. While some of these names might ring somewhat familiar from music history surveys, others were only known to historians specializing in these areas, and in a few cases, we had to create our own modern editions to bring the music back to life.

Besides expanding the canon and introducing us to new names, the course also looked at performance traditions and performers who have been underrepresented in our music history surveys: the vibrant musical life among women in convents, the Indigenous voices performing music in California missions, traces of Native American music from the time of the colonial encounter, and the involvement of enslaved Africans in the musical culture of colonial New England.

The primary goal of the course was to inspire a paradigm shift in how we design our concert programs and what kind of music we perform. In addition to analyzing music and reading research articles on the different composers, each student developed a concert program that gave voice to marginalized composers or performance traditions. The students showed an amazing degree of creativity and discovered music that is fascinating, beautiful, and that will enrich our concerts with early music in years to come. For all participants in the class, this was more than just an academic exercise but rather an exploration of repertoire that will change the concert programs of everybody involved in the future. | See sample concert programs