Competing Imaginations: Byzantine Chant and the Search for Usable Pasts

Attempts to trace the origins of the ancient and received traditions of liturgical song known variously as “Byzantine chant,” “Byzantine music,” “(ecclesiastical) psalmody,” or “psaltike (techne)” (roughly “(the art of) chanting’ ”) together constitute one facet of broader efforts to chart the historical development the Byzantine rite. Yet the pasts that have been imagined in modern times for the music of Byzantine worship have been far more bitterly contested than those proffered for its texts. This difference is to some degree an inevitable consequence of the relative diversity of received musical traditions. Whereas the texts of the Byzantine rite have been fairly uniform since the appearance in Renaissance Venice of printed Greek service books and the imposition of their Slavonic translations under Patriarch Nikon, the music to which they have been set has ranged from assorted forms of monophonic chant to polyphony, both composed and improvised. Furthermore, each of these traditions has had its modern partisans, whose advocacy has been underpinned not only by their respective cultural norms, but also by historical narratives certifying the authenticity of their own tradition and, usually, granting it some kind of priority over those cultivated by other Eastern Christians.

This presentation will survey major points of contention that have arisen over the past 150 years as authors writing from a variety of vantage points have competed to imagine pasts for Byzantine chant that were, as Yiorgos Anagnostou would say, ‘usable’ within particular ecclesiastical, political or social contexts. Some of these pasts were imagined in such a way as to complement the aspirations of peoples in Eastern Europe and the Middle East seeking to build distinct national cultures upon the ruins of the multi-ethnic Ottoman and Austro-Hungarian Empires. These locally imagined pasts fostered especially virulent debate when colliding with the supranational ideologies of Western Orientalism and Orthodox anti-Westernism, manifestations of which may be seen in competing claims to the musical inheritance of the Late Antique and early medieval Christian oikoumene. 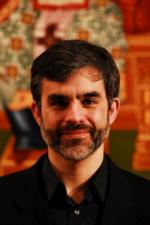 Alexander Lingas is a senior lecturer in music at City University London. He received his Ph.D. in historical musicology from the University of British Columbia. His present work embraces not only historical study but also ethnography and performance. He is the founder and Artistic Director of the vocal ensemble Cappella Romana and a Fellow of the University of Oxford’s European Humanities Research Centre. Formerly assistant professor of music history at Arizona State University’s School of Music, Lingas has also served as a lecturer and advisor for the Institute of Orthodox Christian Studies at the University of Cambridge. His awards include Fulbright and Onassis grants for musical studies with cantor Lycourgos Angelopoulos, the British Academy’s Thank-Offering to Britain Fellowship, research leave supported by the Stavros Niarchos Foundation, and the St. Romanos the Melodist medallion of the National Forum for Greek Orthodox Church Musicians (USA). Having contributed articles to The New Grove Dictionary of Music and Musicians, and The Oxford Handbook of Byzantine Studies, Lingas is now completing two monographs: a study of Sunday Matins in the Rite of Hagia Sophia for Ashgate and a historical introduction to Byzantine Chant for Yale University Press.