“Like a Householder Who Brings Out the Old and the New” (Mt 13:52-53): Deciphering the Ethiopian Liturgical Tradition

Imagining the past begins with understanding current liturgical practices, since the present remains the best witness of the past. Engaging contemporary liturgical practices leads to a reflective dialogue with some other actors, in which use is made of a particular type of ‘living literature,’ the Ser‘ata beta krestiyan.  Descriptions of liturgical practices, made by visitors to Ethiopia at different periods of time, offer glimpses of the past itself, but the visitors’ own cultural context and agenda need to be taken into consideration here.

Manuscripts obviously are a primary resource, especially if they contain liturgical books. .  For the Ethiopian liturgical tradition, however, manuscripts are rare before the fifteenth century. The discovery of the “Aksumite Collection,” a fascinating compilation from around the sixth century which includes some euchological texts still in use today, was exceedingly important. The collection solves some questions while raising new ones, in particular in connection with the history of the Traditio apostolica in Ethiopia as well as  a number of texts edited from it for actual liturgical use. In addition, the Gospels of Abba Garima have recently been dated to the late fifth to early seventh centuries through radiocarbon analysis. Although the objects of much attention, one essential feature of these Gospels has been overlooked: their headers and marginal signs make of them liturgical books which, when studied,  reveal the liturgical year as well as the system of reading of the Aksumite Church.

Other available sources and documentation also require attention. Archaeology, when applied to the study of churches, has proved an invaluable source of information, since Ethiopia has kept (mostly in Eastern Tegray) a number of churches with differing structures which beg to be examined and explained.

Yet churches are silent. To enable them to speak, comparative material has to come from the other churches of the region, then from Egypt and Nubia as well as other sites around the Mediterranean. Interpretation begs for texts,  drawn first from the maze of Egyptian liturgies and sometimes from elsewhere in the Byzantine commonwealth as well as from farther East. Conversely, Ethiopia’s documentation occasionally provides the researchers in Christian Egyptian liturgy with valuable information, even on Alexandria’s ancient liturgy. Comparative liturgy is therefore an essential tool for research. Philology, archaeology and comparative liturgy thus converge, , e.g. to point to changes in the Prayer of the Prothesis which match textual liturgical data and archaeological evidence.

Liturgy is placed at the cross-roads of many fields of research and human experience. Access to all necessary languages, scholarly tools and experience relies on networking with fellow liturgists, priests, philologists, historians, art historians, archaeologists, and architectsas well as the interaction and financial assistance offered especially by the Centre Français des Etudes éthiopiennes (Addis Ababa) and the interdisciplinary “Lalibela Mission.” The Society for Oriental Liturgy also plays an important role. 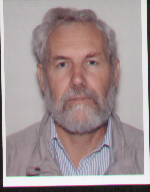 Emmanuel Fritsch CSSp is an associate researcher to the Centre français des études éthiopiennes, Addis Abeba (CFEE). He has served as secretary of the Ethiopian Catholic Bishops’ Liturgy Committee since its creation in 2003, and as a member of the Societas Liturgiarum Orientalium SOL) since its creation in 2005. His research focuses on the liturgy of the Ethiopian Orthodox Tawahedo Church. Particular research in liturgical archaeology, as documenting, with the help of Egyptian documentation, the period for which few written texts are available in Ethiopia (up to the 15th century).