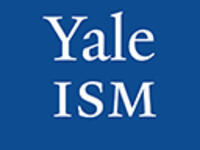 The Forum on Music & Christian Scholarship will hold its annual conference and meeting at the Institute of Sacred Music from February 14 to February 16, 2013. Founded in 2003, the FMCS is a group of musicologists, musicians, and theologians who explore the intersections of music and religion from historical, music theoretical, as well as contemporary perspectives.

The thirty-six papers to be offered at the conference will examine diverse subjects ranging from historical aspects of the relationship between art and religion in the Middle Ages and the Reformation, to the religious contexts of the music of Messiaen and Beethoven, to the sacred in popular music. The keynote speaker for the 2013 conference is the distinguished theologian and musician Prof. Jeremy Begbie, Thomas A. Langford Research Professor at Duke Divinity School, Duke University.

Markus Rathey, associate professor of music history at the ISM and former FMCS president, chaired the program committee and serves as the main organizer.