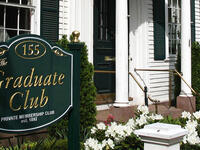 “Music Broadcasting in Kurdish Radio: A Tale of Surveillance and Subversion”

Kurds are often introduced to new audiences as “the world’s largest stateless nation,” divided by political boundaries first drawn by colonial powers near the end of World War I. Nevertheless, in reality, Kurds have often resisted these boundaries, forging transnational political and cultural connections with consequences reaching far beyond the borders of the land known as “Kurdistan.” In this talk, Jon Bullock examines the interplay of colonial power and Kurdish resistance through the lens of Kurdish radio broadcasts—particularly those involving music. Through a historical overview of Kurdish broadcasting reaching from the US in the west to Cairo, Jaffa and the Iranian province of Khorasan in the east, Jon explores the role of music in the history of Kurdish radio, interrogating the ways in which music broadcasting might be understood as a parallel to Kurdish music history, and as a discursive space both empowered by and critical of colonial power.

Jon Bullock is a Postdoctoral Associate at Yale University’s Institute of Sacred Music. He completed his PhD in ethnomusicology at the University of Chicago in 2022. Jon’s research focuses on the impact of colonialism and technologies of sound—such as recording and broadcasting—on Kurdish music, especially in Iraq. His work has been featured in the journal of the International Association for the Study of Popular Music, in the world of music (new series), and in the forthcoming DeGruyter Companion to Modern Kurdish Literature.

Please RSVP to Raymond Vogel  by November 28, 2022 and include your Yale NetID.

Note: Seating capacity will be limited and on a first-come, first-serve basis.