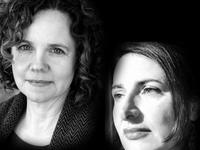 Averill Curdy is the author of Song & Error (Farrar Straus & Giroux, 2013), named one of the 10 best books of poetry for the year by Slate. Her poems, essays, and translations have appeared widely in both England and the US. She recently spent a year in Istanbul as a Senior Research Fellow of the Fulbright Foundation, and is also the recipient of fellowships the Rona Jaffe Foundation, the National Endowment for the Arts, and the Illinois State Arts Council. She lives in Chicago and teaches literature and creative writing at Northwestern University.