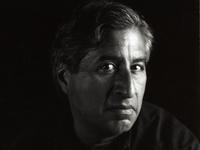 Lecture and reading followed by reception and book-signing.

Presented in collaboration with the Yale Divinity Student Book Supply, with support from the St. Thomas More Chapel and Center at Yale; additional support from Yale Women’s, Gender, and Sexuality Studies; and Lesbian, Gay, Bisexual, and Transgender Studies

Hailed in The Washington Post as “one of the most eloquent and probing public intellectuals in America,” Richard Rodriguez now considers religious violence worldwide, growing public atheism in the West, and his own mortality.

Rodriguez’s stylish new memoir—the first book in a decade from the Pulitzer Prize finalist—moves from Jerusalem to Silicon Valley, from Moses to Liberace, from Lance Armstrong to Mother Teresa. Rodriguez is a homosexual who writes with love of the religions of the desert that exclude him. He is a passionate, unorthodox Christian who is always mindful of his relationship to Judaism and Islam because of a shared belief in the God who revealed himself within an ecology of emptiness. And at the center of this book is a consideration of women—their importance to Rodriguez’s spiritual formation and their centrality to the future of the desert religions.

Rodriguez, the son of Mexican immigrant parents, grew up in Sacramento, California. He was an undergraduate at Stanford University. He went on to spend two years in a religious studies program at Columbia. He then studied English Renaissance literature at the Warburg Institute in London and was a doctoral candidate at the University of California at Berkeley.

In 1982, he published an intellectual autobiography, Hunger of Memory: The Education of Richard Rodriguez. A memoir of a “scholarship boy”, Hunger remains controversial for its skepticism regarding bilingual education and affirmative action.

In 1992, Rodriguez published Days of Obligation: An Argument with my Mexican Father, a “philosophical travel book,” concerned with the moral landscape separating “Protestant America” and “Catholic Mexico.”

In 2002, Rodriguez has published Brown: The Last Discovery of America. In a series of essays concerned with topics as varied as the cleaning of the ceiling of the Sistine Chapel, cubism, and Broadway musicals, Rodriguez undermines America’s black and white notion of race and proposes the color brown for understanding the future (and past) of the Americas.

As a journalist, Richard Rodriguez worked for over two decades for the Pacific News Service in San Francisco; he has also been a contributing editor for Harper’s Magazine and the Sunday “Opinion” section of the Los Angeles Times.

For more than ten years he has appeared as an essayist on “The News Hour with Jim Lehrer”. His televised essays on American life were honored in 1997 with a George Peabody Award.

In 1993, Richard Rodriguez was given the Frankel Medal (now renamed “The National Humanities Medal”), the highest honor the federal government gives to recognize work done in the humanities.