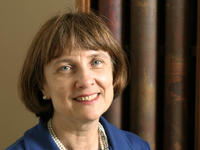 Dialogue Drama in the Late Liturgical Sequence: “Say, Mary, What Was the Annunciation Really Like?”

Margot Fassler, Keough-Hesburgh Professor of Music History and Liturgy, University of Notre Dame, is Director of the Program in Sacred Music and Tangeman Professor of Music History, Emerita, Yale University. Recent books include Music in the Medieval West and its accompanying Anthology (New York, 2014); (with Jeffery Hamburger, Eva Schlotheuber, and Susan Marti) Life and Latin Learning at Paradies bei Soest, 1300-1425: Inscription and Illumination in the Choir Books of a North German Dominican Convent, 2 vols. (Munster, 2016), and Medieval Cantors and Their Craft (ed. with Katie Bugyis and AB Kraebel) York Medieval Press, 2017. Fassler is a member of the North American Academy of Liturgy, a former President of the Medieval Academy of America, a fellow of the American Academy of Arts and Sciences, and an Honorary Member of the American Musicological Society. Her digital work includes documentary studies of contemporary congregations. Her book: Cosmos and Creation in Hildegard’s Scivias will be published by the State University of New York Press. A digital model of creation and cosmos based on the illuminations of Scivias (with Christian Jara) will appear in 2019. These works have been supported by grants from the Luce Foundation, the Guggenheim Foundation, and the ACLS.