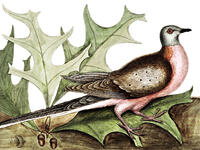 Join Emily Laurens, Rachel Porter and Persephone Pearl, aka Feral Theatre - the co-founders of Remembrance Day for Lost Species - for a talk about the project and their journeys with it as performers and activists over the past decade. Their own offerings to this annually recurring world-wide initiative have ranged from rough theatre, puppetry and procession to Zoom conferences, experimental rituals and most recently spell-casting. Is ritual art? Is art a ritual? And what makes them believe that any of it can have an impact or be a meaningful form of eco-social activism? Register here.

Persephone Pearl is a Brighton-based arts producer and director who has led arts and environment organisation ONCA since 2012, devising and producing dozens of multidisciplinary collaborative creative projects. Her background is as a touring theatre and circus performer.  In 2011 she trained as a celebrant with Dead Good Guides. Persephone is an activist and facilitator now training in psychotherapy at Brighton University.

Emily Laurens lives and works in Wales as a multi-disciplinary artist working with themes around colonialism and race, memorialisation and identity, healing justice and reparations. Emily has had a number of commissions including from National Theatre Wales, the Arts Council of Wales and National Museums Wales. She is currently training in art psychotherapy.

Rachel Porter originally trained as an actress and theatre deviser with John Wright at Middlesex University. She later gained an MA at Royal Central School of Speech and Drama in drama therapy. She is now a lecturer on that drama therapy training and an academic developing new ways of working, particularly with marginalised and disabled communities and with non-verbal communication. Rachel has developed a number of solo works performed in Belgium and the UK including Songs for Waiting and Silent Tarot. Lockdown periods encouraged her exploration of performing solo work through digital photography.

This talk is part of a webinar series in the Religion, Ecology, and Expressive Culture Initiative at the Yale Institute of Sacred Music. 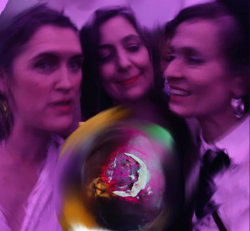