Subhankar Banerjee, "Visualizing Global Biodiversity: Toward an Understanding of Sacred Places and Relations" 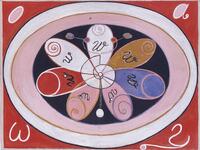 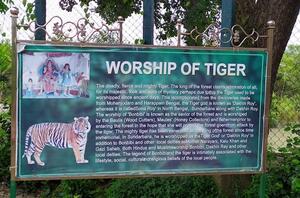 Subhankar Banerjee, “Visualizing Global Biodiversity: Toward an Understanding of Sacred Places and Relations”

Register for the webinar

The three most consequential and existential planetary crises of our time are—climate breakdown; biological annihilation; and the rise of zootonic pandemics (we are currently in the midst of the no-end-in-sight coronavirus pandemic). All three crises are human caused and are intensifying. They are also interlinked in intricate ways. Take for example, the destruction of wildlife habitats—to enable oil, gas, coal and mineral extractions, or to support large-scale industrial agriculture—contributes significantly to the escalation of all three crises. At the same time, communities around the world have been working hard to mitigate the losses and chart more just futures for all life on Earth. With visual analysis and storytelling, this talk will be a journey through three places: tropical India; Arctic Alaska; and the U.S.-Mexico desert borderlands—to highlight the significance of the “sacred” in building community-engaged and culturally-inclusive campaigns for multi-species justice.

Subhankar Banerjee is an artist, writer, conservationist and public scholar. He works closely with Indigenous Gwich’in and Iñupiat community members and environmental organizations to protect significant biological nurseries in Arctic Alaska, including the Arctic National Wildlife Refuge, and to defend human rights of the Indigenous peoples in the Arctic. Author of Arctic National Wildlife Refuge: Seasons of Life and Land (Mountaineers Books, 2003), and editor of Arctic Voices: Resistance at the Tipping Point (Seven Stories Press, 2013), Subhankar was most recently co-host (with U.S. Senator Tom Udall) of the UNM Biodiversity Webinar Series—Fall 2020, and co-editor (with T.J. Demos and Emily Eliza Scott) of Routledge Companion to Contemporary Art, Visual Culture and Climate Change (Routledge, February 2021). He was convener of the last oil: a multispecies justice symposium (2018); and co-curator (with Josie Lopez) of Species in Peril Along the Rio Grande (2019). Subhankar’s photographs have been exhibited in more than fifty museum exhibitions around the world, including Nature’s Nation: American Art and Environment at the Princeton University Art Museum (2018-2019); and his public and scholarly writing appeared in many publications, including the Routledge Handbook of Religion and Ecology (2016). For his conservation efforts, Subhankar received a Greenleaf Artist Award from the United Nations Environment Programme, a Cultural Freedom Award from Lannan Foundation, a National Conservation Achievement Award from the National Wildlife Federation, a Special Achievement Award from the Sierra Club, and was named an Arctic Hero by the Alaska Wilderness League. Subhankar is Lannan Foundation Endowed Chair and a professor of Art & Ecology at the University of New Mexico (UNM), where he serves as the founding Director of the Center for Environmental Arts and Humanities, and the founding Director of the Species in Peril Project.