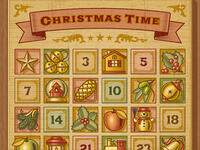 Yale Schola Cantorum, under the direction of David Hill, presents a series of video performances in celebration of Advent and the Christmas season, to be released throughout Advent and after the New Year.  Watch on Schola’s YouTube channel or Schola’s Facebook page or at noon on the dates below.