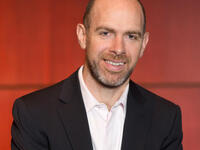 This program charts the progression of events which began with Gabriel’s miraculous Advent visit to a carpenter’s house in Nazareth, through to the presentation of the infant Jesus in the Temple at Candlemas. Each staging post of the story (Advent, Nativity, Holy Innocents, Epiphany, and Candlemas) is set to music by one of the great masters of English musical Renaissance, spanning a period from the composition of the Eton Choirbook (Robert Wylkynson) through to the dying embers of this Golden Age of English music, in the aftermath of Queen Elizabeth’s death (George Kirbye). The program concludes, appropriately, with the Nunc dimittis.

Live audience in Marquand Chapel is limited to Yale School of Music, Yale Divinity School, and ISM community only.  Seating is on a first-come, first-served basis until capacity is reached. Be sure to bring your Yale ID.