How we have imagined early Christian liturgy to be, especially with regard to Christian Initiation, the Eucharist and its Prayer, ordination, and other rites, has been informed largely by that document commonly known as the traditio apostolica.    Long thought to have been composed by anti-pope Hippolytus of Rome in the early third century, this so-called traditio apostolica was viewed as an accurate and authentic source for third-century, or even earlier, liturgical practice within the Church at Rome and for liturgical renewal today.  Today, however, in light of recent scholarship, these claims have been challenged and, with these challenges, comes a new assessment of its value in viewing liturgy’s past and its role in shaping liturgy’s present. 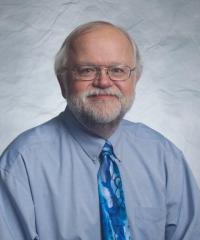 Maxwell E. Johnson is professor of liturgy at the University of Notre Dame and a pastor in the Evangelical Lutheran Church in America.  His numerous publications are on the origins and development of early Christian liturgy, including the Rites of Christian Initiation, as well as on current ecumenical liturgical-theological questions.  He is the author, co-author, and/or editor of over 19 books and seventy essays, articles, and chapters in books and journals.  A member of the North American Academy of Liturgy, Societas Liturgica, and the Society of Oriental Liturgy, he was elected vice-president of the North American Academy of Liturgy in 2013.