Since Professor Braxton Shelley’s appointment to the ISM and Yale School of Music in July 2021, he has been collaborating with Libby Van Cleve, director of Yale Library’s Oral History of American Music (OHAM) collection to establish a series of one-on-one interviews with leaders in gospel music. This project, which is part of the Interdisciplinary Program in Music and the Black Church, is helping to preserve the voices of key Black musicians. Over the last year, the collaboration has already borne much fruit. 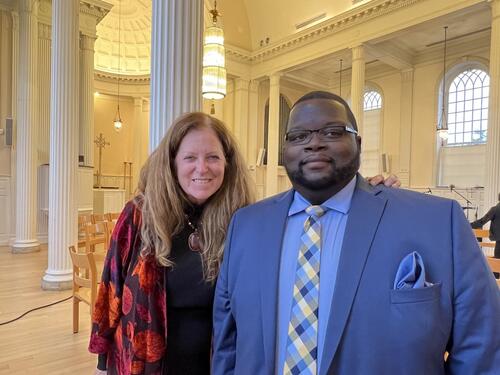 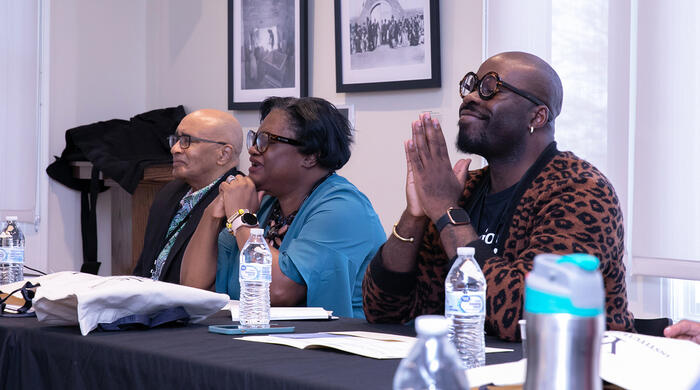 Some of the members of April’s working group (Photo: Rondasia Curry)