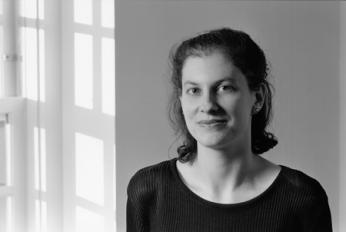 The Schwebel Lecture was established in 2008 in memory of former faculty member Lana Schwebel, who died suddenly and tragically in July 2007.

At the time of her death, Lana Schwebel was assistant professor of English at Stern College of Yeshiva University (New York). From 2002 until 2006 she was assistant professor of religion and literature at the Yale Institute of Sacred Music and Divinity School. Primarily a medievalist, in her dissertation she explored the ways in which poets understood the sale of indulgences in fourteenth-century England; she was particularly interested in the use of poetic language to articulate penitential thought and doctrine. She left unfinished a book about ghosts and earthly intercession in the later Middle Ages.

The first Schwebel lecture was given in December 2008 by Robert Alter. Subsequent lectures and readings have been given by Robert Pinsky, Christian Wiman, Helen Whitney, Peter Cole, Fanny Howe, Marilynne Robinson, Jacqueline Osherow, and Carolyn Forché.