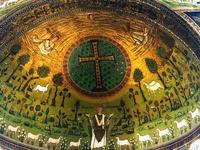 The conference will explore ideas of creation and cosmos embedded in the worship life of the church at a time of unprecedented attention to ecological and cosmological concerns. Conference speakers will highlight some of the rich traditions of the past (ritual, visual, and musical, among others) and also address contemporary concerns.  The broader aim of the conference is to offer the resources of the liturgical tradition—and its particular insights—to the ongoing conversations around ecology and cosmology. It will become clear that liturgy has always been about more than human beings at worship: specific understandings of creation and the cosmos are in fact at the heart of all Christian worship.

Naming the World: Liturgy and the Transformation of Time and Matter 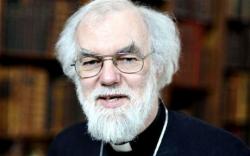 Rowan Williams served as Archbishop of Canterbury for ten years from 2002 to 2012. Since 2013 he has been master of Magdalene College at the University of Cambridge.  A Fellow of the British Academy, he speaks or reads nine languages in addition to his native Welsh, and has published many books, including studies of Dostoevsky, Arius, Teresa of Avila, and Sergii Bulgakov, together with writings on a wide range of theological, historical, and political themes. He is also a noted poet and translator of poetry.