Liturgy’s Past on the American Frontier 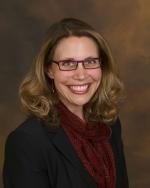 In the mid-nineteenth century, the German Reformed Church in the United States became the ecclesiastical battleground for one of the most intense liturgical conflicts in American church history.  While revivalist preachers like Charles Finney sought to induce conversion through dramatic sermons, emotional appeals, and other “new measures,” Reformed theologian John Nevin reappropriated Calvin and the early church fathers to defend a new vision of evangelical catholicity rooted in traditional liturgical practices. Nevin was not interested in mere replication or repristination: instead, he sought to retrieve the liturgical past by integrating historical data into a contemporary theological framework.  This paper will assess the successes and failures of Nevin’s ecumenical experiment and explore its contribution to liturgical theology in the twenty-first century.

Melanie Ross, assistant professor of liturgical studies at Yale Institute of Sacred Music and Yale Divinity School,  received her doctorate in liturgical studies from the University of Notre Dame, where she studied under Nathan Mitchell and Maxwell Johnson. Before coming to Yale, she was assistant professor of worship leadership at Huntington University, and taught courses in worship, theology, and pastoral ministry. A member of the Evangelical Free Church of America, Professor Ross pursues research that facilitates the intersection of popular American evangelicalism and academic liturgical theology. Her articles have been published in the journals Worship, Pro Ecclesia, Liturgy, and the Scottish Journal of Theology. In 2010, with Simon Jones, she edited The Serious Business of Worship:Essays in Honour of Bryan D. Spinks (Continuum Books). Her first authored book, Evangelical vs. Liturgical? Defying a Dichotomy, is under contract with Eerdmans Press.