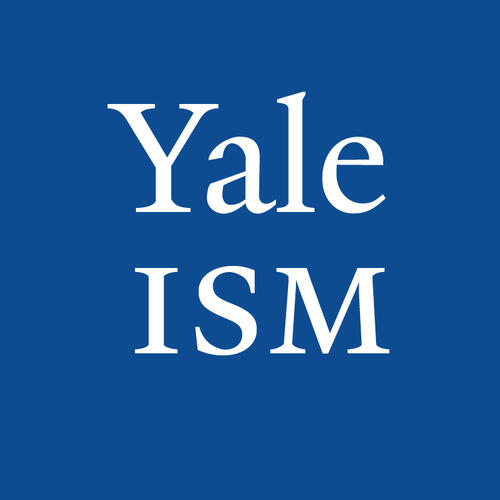 The Mendelssohn Chorus of Philadelphia, under the direction of Dominick DiOrio (M.M. ’08, D.M.A. ’12) released their virtual choir performance of Moses Hogan’s Hold On! (Keep Your Hand on the Plow) in October. You can check out the video on the Mendelssohn Chorus’ YouTube channel.

Jessica French (M.M. organ ’08) was awarded the 2020 AGO/ECS Publishing Award in Choral Composition, where she will write a work for choir and organ on a text by Christina Rossetti. The piece will be published by ECS Publishing, and will receive a world premiere performance at the American Guild of Organists National Convention in Seattle in 2022.

Ben Groth (M.Div. ’12) was featured in Yale Divinity School’s Transformational Leadership series. Groth’s work at Bethlehem Lutheran Church, a historically Black Lutheran congregation that has been serving its Central City neighborhood for over 130 years, offers an important model for community-building in the 21st century. He has been deeply involved in the antiracism movement in New Orleans and is working on a Ph.D. focused on the history of racism in American Christianity. You can watch the interview on the Yale Divinity School YouTube Channel.

Dr. Alisha Jones (M.Div. ’07) was elected to the Society for Ethnomusicology’s Executive Board as a member-at-large charged with the supervision of prizes and prize committees. Alisha was also elected president of the Yale Divinity School Alumni Board.

Zachary Fletcher (M.Div. ’18) was appointed as a staff chaplain at Tufts Medical Center.

Work by former Dean of Marquand Chapel Maggi Dawn and ISM graduate  Jon Seals (M.A.R. ’15) was published as part of Words for a Dying World: Stories of Grief and Courage from the Global Church. The volume was edited by YDS graduate Hannah Malcom (M.A.R. ’17) and is available from SCM Press.

The ISM and Yale Divinity School are exploring an expansion of curricular offerings in music and the arts, with particular attention to musical and artistic practices from African-American, African Diaspora, Asian, Indigenous and Latinx traditions. We invite you to participate in this work by reflecting on your experiences at Yale and in your work since then by completing the following survey, which will remain open until January 20, 2021.

Teresa Berger was interviewed by U.S. Catholic in December. “Virtual worship is still embodied liturgy, says this Yale liturgist,” is available on the U.S. Catholic website.

Christian Wiman’s piece “Faith Comes Through Hearing,” a reflection on a poem by Carol Ann Duffy, was published in Commonweal in November.

Christopher-Rasheem McMillan, 2020-2021 ISM fellow and visiting assistant professor of dance theory and practice, choreographed a digital poem with Danceworks, Yale’s largest dance group, entitled “Transpositions: dance poems for an online world.” Created by Emily Coates, associate professor (adjunct) and director of dance in the Theater and Performance Studies Program in the Faculty of Arts and Sciences at Yale, “‘Transpositions’ is a way for dancers and other artists to collaborate, perform, and connect in a time of physical distancing.” You can read more about the project on the Yale News website.

Carolyn Craig (M.M. organ ’21) was a finalist in the 2020 Arthur Poister Scholarship Competition, held virtually on November 13th. Carolyn was awarded the audience prize based on votes by the audience viewing over Zoom.

Carolyn Craig (M.M. organ ’21) and graduate Janet Yieh (M.M. organ ’17, M.M.A. organ ’18) curated an Advent series of daily videos that seeks to encourage the performance of sacred music by female composers and arrangers. Check out Amplify Female Composers for more. Their project was also featured in an article in the Philadelphia Inquirer.