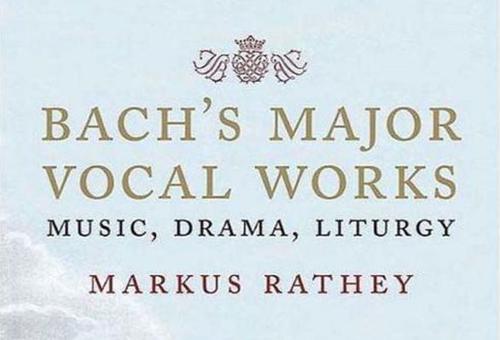 Professor Markus Rathey is a specialist in the works of Johann Sebastian Bach, 17th and 18th century music, and the relationship between music, religion, and politics during the Enlightenment. Rathey studied musicology, Protestant theology, and German in Bethel and Münster. He taught at the University of Mainz and the University of Leipzig and was a research fellow at the Bach-Archiv, Leipzig, before joining the Yale faculty in 2003.

Rathey’s two recent books, both published in 2016, explore some of the most important works by Johann Sebastian Bach. His book Johann Sebastian Bach’s Christmas Oratorio: Music, Theology, Culture (Oxford University Press 2016) is the first study of this composition in English and it not only sheds new light on Bach’s compositional practice but it also locates the oratorio within the religious and social landscape of eighteenth-century Germany. Rathey’s second recent book is an introduction to Bach’s Major Vocal Works (Yale University Press, 2016). Within the short time since its publication, the book has become a standard work on Bach’s sacred vocal music, praised for its depth but also its accessibility. As one reviewer highlights, it is a prime example for “bringing musicology to the public.” The book also appeared in a Japanese translation in 2017.

Rathey is president of the American Bach Society and past president of the Forum on Music and Christian Scholarship. He currently serves on the editorial boards of BACH: Journal of the Riemenschneider Bach Institute and the Yale Journal for Music and Religion.