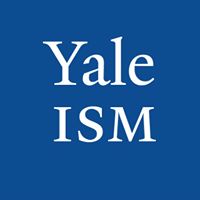 PBS’s Articulate profiled Dashon Burton (M.M. ’11) and Virginia Warnken (M.M. ’13) of Roomful of Teeth during their residency at Mass MoCA. Video is here.

Paul Jacobson (M.M./M.A.R. ’83) has been appointed Minister of Music and Organist at First Congregational Church in Fairfield, CT.

Tawnie Olson (A.D. ’00) has been awarded a 2017 Opera America Discovery Grant to develop a new chamber opera about Hildegard of Bingen and Eleanor of Aquitaine. She is composing the work for re:Naissance Opera, which was founded by Debi Wong (M.M. ’10) and Arianne Abela (M.M.’10). The libretto is by Roberta Barker. Dashon Burton (M.M.’11) will sing the role of Angel of History, Mireille Asselin (School of Music ’10) will sing the role of Eleanor, and Wong will take the role of Hildegard.

Peter S. Hawkins’s article “An oracle of the word of the Lord” was published in The Christian Century online on May 26, 2017.

As previously reported here, Henry Parkes as been awarded a fellowship from the Alexander von Humboldt Foundation for 2017-2018.

John Graham (2015-16) was featured in the New York Times article in its Cultured Traveler series “Music and Ancient History in the Caucasus” by Celestine Bohlen (June 20, 2017).

Jim Sykes (2016-17) writes, “I will always have great memories of my year at Yale! Next year I will go back to teaching at the University of Pennsylvania. I’ll be teaching a course on ‘music history and decolonization’ and hoping that my book will finally come out!”