Marguerite L. Brooks, associate professor of choral conducting, received a Cultural Leadership Citation, given by the Yale School of Music for distinguished contributions to music at the YSM Awards Banquet on May 3, 2015. Dean Robert Blocker said, “Marguerite Brooks is a musician and person whose love of people and passion for the choral art are extraordinary.  Her work at Yale has transformed the life of this community and the students fortunate enough to experience her gifts as teacher and artist.  Her artistry reveals her personal characteristics – elegance, refinement, and grace.  Marguerite Brooks is indeed a distinguished cultural leader.” (photo by Harold Shapiro) 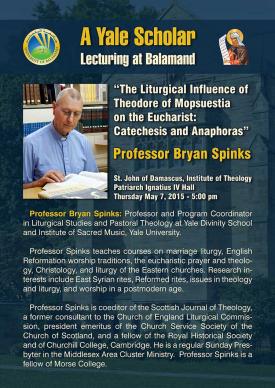 Bryan Spinks, Bishop F. Percy Goddard Professor of Liturgical Studies and Pastoral Theology and coordinator of the ISM program in liturgical studies, gave a public lecture on May 7 entitled “The Liturgical Influence of Theodore of Mopsuestia on the Eucharist: Catechesis and Anaphoras” at the University of Balamand in Lebanon.

As announced previously, James Taylor has been promoted to professor in the practice of voice. The joint appointment at the ISM and Yale School of Music was effective July 1. “This comes in recognition of Jimmy’s stature as an artist, his contribution to the vocal profession, and his excellent teaching,” said Martin Jean in making the announcement. “It is a superb accomplishment, and we  congratulate him.”

Christian Wiman, senior lecturer in religion and literature, has won the Balcones Poetry Prize for his fourth collection of poetry, Once in the West. The award, given by Austin Community College, is sponsored by the creative writing department at ACC, and honors the best book of poetry published in the previous year. 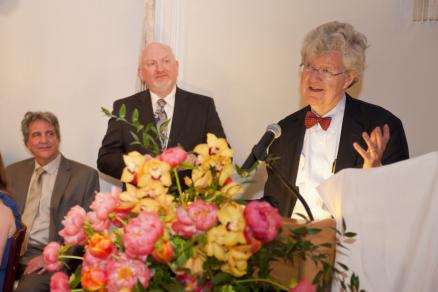 Thomas H. Troeger, Lantz Professor of Christian Communication, was honored at the ISM Banquet and YDS Commencement upon his retirement from Yale.  Students from his Congregational Song course composed and performed a new hymn, and the ISM commissioned new words to Gustav Holst’s “Thaxted” from Jeffery Rowthorn to mark the occasion. “When All Was Dark and Formless” was sung for the first time as the final hymn at the banquet.