A Funeral Fit for a Queen

On September 19, the power of sacred music came into sharp focus as the eyes of the world turned to Westminster Abbey to observe the state funeral of Her Majesty Queen Elizabeth II. According to some news reports, over four billion people—approximately half of the world’s population—tuned in as the choir, led by James O’Donnell, Organist and Master of the Choristers and soon-to-be ISM faculty member, led mourners in bidding farewell to Britain’s longest serving monarch.

The announcement of The Queen’s death just eleven days earlier triggered a series of long planned and carefully choreographed events. O’Donnell first learned of the news when he turned on his phone at Heathrow Airport following a brief trip to New Haven to prepare for his move to Yale in January. With responsibility for the music for the funeral itself, as well as for the lying-in-state ceremony in Westminster Hall, his very first step was to brief the choir. Since it was the beginning of a new school year, several of the most senior boy choristers had left only a few months previously and the ‘new’ choir therefore had to find its feet quickly. O’Donnell said that all the singers recognized the privilege of undertaking this solemn duty and rose to the occasion superbly.

The funeral service music featured three hymns, two anthems, and two specially commissioned pieces. “The Lord is My Shepherd”, sung at The Queen’s wedding in Westminster Abbey in 1947—also one of her favorite hymns—is believed to have been specifically requested by the Queen for her funeral. The other hymns were “The day thou gavest Lord is ended” by Rev. John Ellerton, set to the tune St. Clement, and “Love divine, all loves excelling” by Charles Wesley. O’Donnell selected the Ralph Vaughan William’s anthem “O Taste and See,” which was composed for, and performed at, The Queen’s Coronation in 1953. 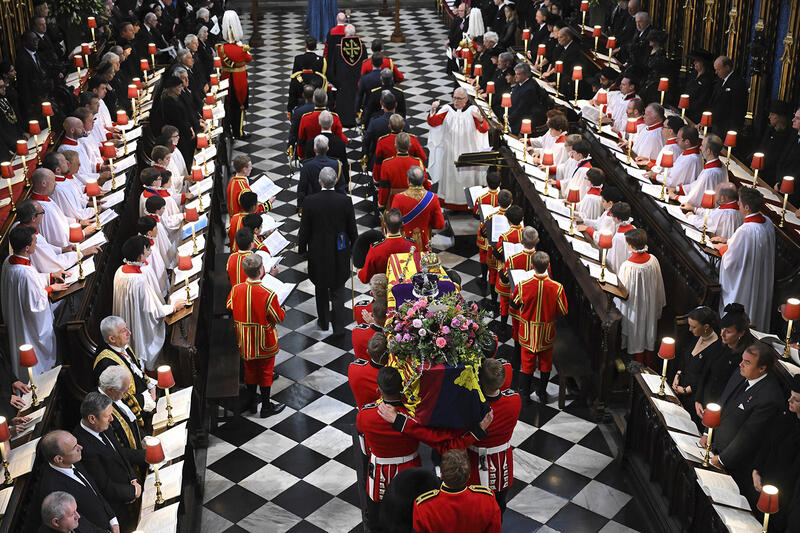 The newly commissioned works were by Scottish composer, Sir James MacMillan, and Judith Weir, Master of the King’s Music. MacMillan’s anthem was set to the words of Saint Paul from Romans 8: “Who shall separate us from the love of Christ?” Weir, who describes O’Donnell as a “peerless” music director, had been asked to set the first seven verses of Psalm 42, beginning “Like as the hart desireth the waterbrooks”, as an unaccompanied choral piece. Weir says she was inspired to write the piece by “The Queen’s strong faith in, and support of, Anglican worship.” The service also included the Queen’s piper playing “Sleep dearie, sleep” and the Allegro Maestoso from Elgar’s organ sonata, opus 28.

As a “royal peculiar”—a church that is under the direct jurisdiction of the monarch—Westminster Abbey has played host to countless state events throughout the centuries, both sad and joyful. During his 23 years there, O’Donnell has directed music for many of them—among them, the Queen Mother’s funeral in 2002, the wedding of the Duke and Duchess of Cambridge in 2011, and the service of thanksgiving for the life of Prince Philip in 2021. He has also overseen daily public services which, given the Abbey’s location in central London, always draw large congregations.

Notwithstanding the significant international interest in the funeral, at which many of the world’s most prestigious leaders were present, O’Donnell says it was still important to remember that in the end, “it was the funeral of a woman who was a mother, a grandmother, and a great grandmother.” Although it was part of his job to be prepared for this momentous occasion, he said that it was also personally very moving. He described one moment in particular when Her Majesty’s coffin was processing very slowly down the aisle towards the altar. “As it came past through the middle of the choir, I could have reached out and touched it. She was right there.”

As a professional church musician, O’Donnell believes it is an honor to be part of this continuity of tradition. He also feels an enormous amount of joy and satisfaction in knowing that music makes a special contribution through its ability to touch people in ways that few other things can. “I passionately believe that music of high artistic quality, performed at a high professional standard, can be a very powerful part of worship.” He says that being part of the Queen’s funeral in his last few months at Westminster Abbey was a “marvelous privilege” and that he is glad that the music was thought by many to have played a profound and sacred role. 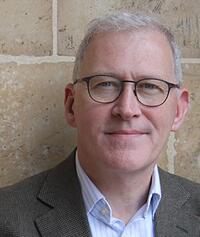 O’Donnell’s last service at Westminster Abbey will be on Christmas Day. He begins his new role at the ISM and the Yale School of Music in January. As he leaves his role in London, he says that there will be things he will greatly miss, but he is looking forward to fresh opportunities to both teach and learn. “After nearly 40 years working mainly in cathedral music, I hope the appointment at Yale will inspire and enable me to draw fully on my experience and skills in new and different ways.” O’Donnell will teach graduate majors in organ and other sacred music courses and will direct a new professional choral ensemble that will sing liturgies in sacred spaces at Yale and in the New Haven area. He will also further the ISM’s collaborations with organists, musicians, and theologians around the globe.

Martin Jean, director of Yale’s Institute of Sacred Music says, “We are delighted and privileged to welcome James O’Donnell to the Yale faculty where he will have a chance to share his lifetime of experience with our students, our communities, and the broader public.”