The ISM staff are the backbone of our enterprise. They are the skilled and indispensable strategic partners and actors who work with faculty and students to realize and support the many programs in our unit. They always shine – most frequently behind the scenes – and never more so than during these past difficult pandemic years. Inevitably, though, staff encounter new opportunities or they move on to new phases of their lives, and we must bid them farewell. Such has been the case with a number of our colleagues.

Three of our staff recently received significant promotions around the university. In May, 2021, Stephen Gamboa-Diaz, our former Communications Coordinator, was appointed as the Web Producer on the editorial team of Yale’s central Office of Public Affairs and Communication. Laura Adam, who was the ISM’s Concert Manager for seven years is now Assistant Director of the Office of Institutional Affairs, and Erin Ethier, our outgoing Lead Administrator, is now the inaugural Director of Finance and Administration for the Yale School of Engineering and Applied Sciences as it moves into its new status as an independent professional school.

Three other staff have retired or are about to retire from the ISM. Laurie Ongley, whose work at Yale spans several decades and departments including the Yale Registrar’s Office and our own Concert Office, retired in January. Melissa Maier, after twenty-two years of distinguished service at Yale, completed her work with us in July as Manager of Marketing and Communications, and Kristen Forman will step down as the Director’s Executive Assistant in December.

I want to express my gratitude to all these good people who have contributed so mightily to our work and mission. The Institute simply would not be what it is without them, and I count being their colleague these many years as one of my most cherished privileges. 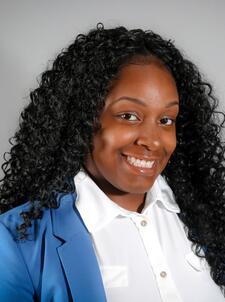 Rondasia Curry began her work in April as our Marketing and Communications Coordinator, supporting publications and all aspects of the ISM’s communications efforts, with a special focus on social media and digital marketing. She is currently an adjunct faculty member at Naugatuck Valley Community College, where she teaches photography. Previously, she served as marketing specialist and graphic designer at My People Clinical Services in Hartford, where she created and executed social media marketing plans while building engagement by interacting with stakeholders. She also has a background in customer service. Rondasia received her B.F.A. degree in photography with minors in visual communication design and communications from the University of Hartford, where she also earned a Master of Arts in communications with media and advertising. 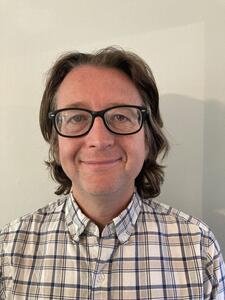 Eric Donnelly is the inaugural Program Coordinator for our new interdisciplinary program in Music and the Black Church. Eric studied philosophy and music at Fairfield University before completing an M.F.A. in music composition at the Vermont College of Fine Arts. He has been a music teacher of piano, drums, guitar, vocals, and songwriting for over twenty years, teaching privately at Fairfield University, and most recently for KEYS (Kids Empowered by Your Support). In addition, he is co-founder and lead guitarist for the rock band The Alternate Routes which tours nationally, records, and has appeared on national programs such as The Conan O’Brien Show and Late Night with Craig Ferguson. Their music was featured in the Opening Ceremonies of the 2014 Winter Olympics on NBC and Eric was invited to the White House for his song “Somewhere in America” as part of the Concert Across America to End Gun Violence. In addition to his musical skills, Eric brings to the ISM an administrative and promotional expertise gained through years of national touring. 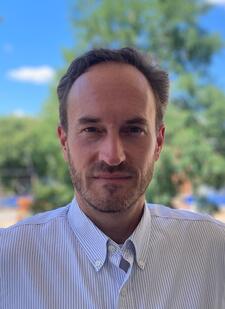 Ben Geertz joins us as our new Lead Administrator, the ISM’s chief financial, human resource, and facilities officer. Ben has a deep knowledge of Yale’s budgeting, financial, and operational policies having served as Operations Manager for nearly nine years in the Infectious Diseases subspecialty of the School of Medicine’s Department of Internal Medicine. As such, Ben oversaw a budget of over $40M dollars involving grant, endowment, clinical, and tuition revenue, and supported a community of nearly 200 faculty, staff, and fellows. Prior to this role, Ben served as an accountant in several other sections of the Medical School as well as in the John B. Pierce Laboratory, a nonprofit, independent research institute that is formally affiliated with Yale. Ben Geertz studied philosophy at Marlboro College (B.A.) and Boston University (M.A.), and throughout this period he maintained an active role as a singer, most recently for over twelve years in the professional liturgical choir at Christ Church, New Haven. He is also the son, grandson, and great-grandson of congregational ministers, all of whom attended Andover Newton Theological School or its predecessors. Ben Geertz’s first day with us is August 22. 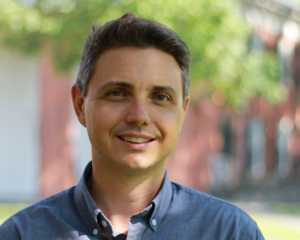 Dr. Eben Graves, Program Manager since 2018, has been promoted to Assistant Director of the Institute of Sacred Music in recognition of new duties he has assumed and ways that his work has become more central to the life of the ISM. In this role, Eben directs the ISM Fellows program, ISM publications, our events series, and other strategic initiatives such as the new initiative in Religion, Ecology, and Expressive cultures. He also manages the interdisciplinary program in Music and the Black Church, directed by Prof. Braxton Shelley. Dr. Graves is an ethnomusicologist, trained at Tufts University and the University of Texas at Austin, with a subspecialty in devotional religion and music in South Asia. His first book is due out in October, 2022 from Indiana University Press titled: The Politics of Musical Time: Expanding Songs and Shrinking Markets in Bengali Devotional Performance. A second book project that is underway studies the intersections of devotional drumming, language, and ritual in Bengal. He is a frequent lecturer at academic conferences and symposia and is a longtime performer and educator on the Bengali khol and other drumming styles. 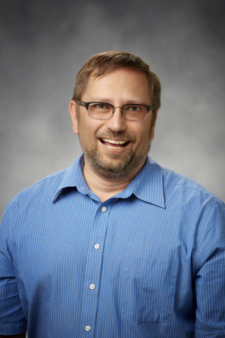 Jeff Hazewinkel is our new Manager of Music Programs and Concert Production and comes with a career of more than 25 years in arts management. The bulk of this experience was gained as the Director of the Valparaiso University Center for the Arts, which encompasses an art gallery, mainstage theater, black box theater, and recital hall. In addition to the functions of this facility, he managed all instrumental and choral ensembles, including recordings and tours—most notably, the VU Chorale’s participation in the 500th anniversary of the Lutheran Reformation in Wittenberg, Germany in October 2017. The choir also made frequent appearances at the Thomaskirche in Leipzig. Jeff Hazewinkel was also producer of a nationally televised broadcast of Valparaiso University’s annual Christmas Concert in 2008 for PBS. He studied music and business at Valparaiso and anticipates being consecrated a Deacon in the Evangelical Lutheran Church in America in 2023 under the auspices of the Lutheran Diaconal Association. Jeff has already begun his work with us and has relocated to New Haven. 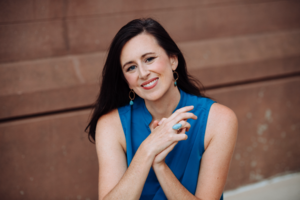 Dr. Kate Maroney has been appointed as Staff Vocal Instructor to graduate students in the program in choral conducting. She succeeds Sherezade Panthaki who recently took a faculty position at Mount Holyoke College. Mezzo-soprano, Kate Maroney, has been recognized by the New York Times for her “vibrant and colorful” singing, and she is in demand on concert, oratorio and opera stages in works that span from the Renaissance to the 21st century. She has performed widely throughout North America, including at Lincoln Center, Carnegie Hall, Chicago’s Orchestra Hall, at LA Opera, and is a champion of new music. She toured the world in the revival production of Philip Glass and Robert Wilson’s  “Einstein on the Beach,” and she has premiered and/or worked closely with composers including Martin Bresnick, David Lang, Han Lash, Missy Mazzoli, Julia Wolfe, Ted Hearne, and Chris Cerrone. She frequently collaborates with preeminent vocal ensembles including Seraphic Fire, Santa Fe Desert Chorale, The Crossing, Tenet Vocal Artists, Trinity Wall Street, and Yale Choral Artists. Dr. Maroney holds a D.M.A from Eastman as well as degrees from SUNY Purchase and Yale. She is on faculty at Mannes School of Music. 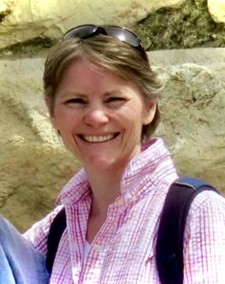 Amanda Patrick succeeds Melissa Maier as ISM’s new Manager of Marketing and Communications. Raised in Yorkshire, England, Amanda received a joint honors degree in Theology and Art History from Leeds University followed by a postgraduate certificate in education from Cambridge University specializing in religious studies. After several years working in Africa, she moved to the United States and joined the Yale Library in 2003, where she held leading and inaugural roles in both communications and development. She also served as Senior Director of Public Affairs and Communications for the Yale School of Nursing and Director of Advancement Communications for Yale Law School. She comes to us now from her present role as Director of Communications and Marketing at Mercy by the Sea in Madison, CT. Amanda has been a freelance writer and editor for Yale Library and the United Nations and is a practicing visual artist and illustrator. In 2006 she completed a Master’s degree in International Affairs and received a Fulbright Scholarship to undertake research in Africa. She is currently halfway through a Ph.D. in International Relations from Salve Regina University. She is a deacon at First Congregational Church of Guilford. Her first day at the ISM is August 25. 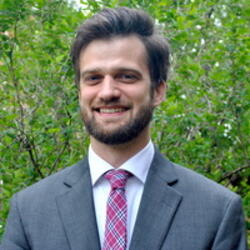 Dr. Mark Roosien has just been appointed Manager of Admissions for the ISM having served in an interim basis in this role for the past two years. He comes to the ISM from the University of Notre Dame, where he held a Mellon post-doctoral teaching fellowship after receiving his Ph.D. in theology there in December 2018. He is a scholar of liturgical studies and theology, focusing on late antique and eastern Christianity. He was the ISM postdoctoral fellow in liturgical studies in 2019-20 during which he taught and revised his dissertation analyzing the entanglement of liturgy, politics, and ecology in Byzantium with a focus on rituals in response to earthquakes in Constantinople. His book manuscript, tentatively titled Seismic Rites: Liturgy, Ecology, and Empire in Byzantium, is currently under review for publication. Dr. Roosien has also recently published two book-length translations of works by the 20th century Eastern Orthodox theologian Sergius Bulgakov. He is teaching courses this year on rituals and theologies in response to natural disasters, and on Russian religious thought. 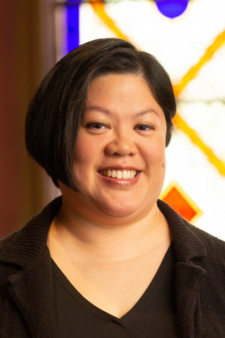 Finally, Rachel Segger is our new Concert Production Coordinator, succeeding Laurie Ongley, to support the Yale Camerata, the ISM choral library, the programs in choral conducting and voice, and other duties in the Concert Office. Rachel is no stranger to the Institute, having graduated from Yale as an ISM student in 1997 with both the Master of Music (organ) and the Master of Arts in Religion (Liturgical Studies). Prior to Yale, Rachel received the A.B. from Harvard College majoring in Music and English, and following Yale, she earned the J.D. from the University of Connecticut School of Law, after which she practiced law for 14 years. Since 2016, Rachel has served Trinity on the Green as Music Program Manager. As such she assists Walden Moore, the Director of Music, in the management of the Trinity music program, recruiting and training novice choristers, coordinating fundraising, planning for choir events and tours, managing choir calendars and rehearsal logistics, connecting with community music organizations, and serving as the point person for choir parents and members of the three parish choirs. Rachel begins her work at ISM on August 30.

Please join me in welcoming and congratulating all of these ISM colleagues!