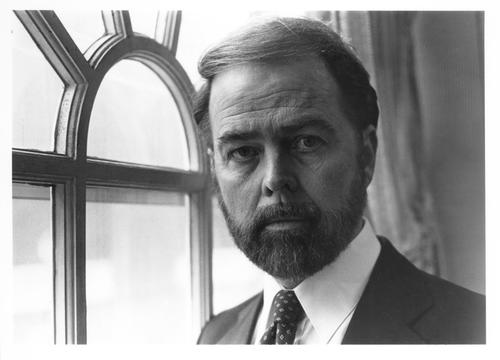 John Wesley Cook, Professor Emeritus of Religion and the Arts at Yale Divinity School (YDS) and Yale Institute of Sacred Music (ISM), and former director of the ISM, died peacefully on April 14 in Houston, Texas.

An art historian who focused on the history of art and architecture in the Christian tradition, Cook was also an ordained minister in the United Church of Christ and a passionate advocate of theological education. Before being called to teaching, he served as pastor of River Oaks Baptist Church in Houston, and at the First Congregational Church of Derby, Connecticut.

He received his bachelor’s degree from Baylor University in 1954, and the M.Div. degree from Yale Divinity School in 1957. He held a fellowship at the University of Bonn for two years before returning to Yale, where he received his Ph.D. in 1973. He was also the recipient of a graduate fellowship at Yale and a Fulbright Fellowship in Munich, Germany, as well as the Distinguished Alumni Award from Baylor University and the Elm-Ivy Award from the New Haven Foundation. He holds an honorary doctorate from Valparaiso University.

John Cook’s first faculty appointment at Yale was as lecturer at YDS in 1967; he rose through the ranks and was appointed Professor of Religion and the Arts at YDS in 1977.  In 1992, he left Yale to serve as president of the Henry Luce Foundation, where he remained until his retirement in 2003. 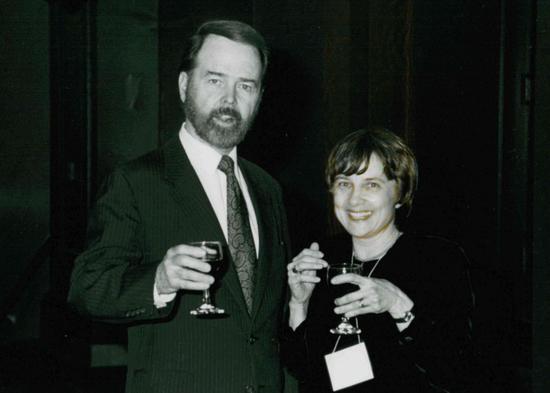 While at Yale, Cook served as a consultant at the National Endowment for the Humanities, and later as director of Yale Institute of Sacred Music from 1984 to 1992. During his tenure, he worked with the Menil Foundation to obtain a copy of the M. A. Couturier Collection for the Yale Divinity Library. Under his leadership at the ISM, the existing religion and arts program was added to the Institute’s portfolio; the choral conducting program expanded with the establishment of the Yale Camerata in 1985; the curriculum was redesigned; and a dual degree program was introduced, allowing students to pursue both a divinity and a music degree together. Cook was instrumental in obtaining major grants from the Lilly Endowment and the Henry Luce Foundation to make the arts an integral part of theological education. He convened international conferences around broad themes such as “Jerusalem,” Imagining Mortality,” and “Utopia.” Students of the period remember fondly the European study trips he organized, which, in expanded form, remain an important part of his legacy at the ISM today.

Cook is the author of several dozen articles and books, including Conversations with Architects (with Heinrich Klotz, 1973). Louis I. Kahn in Conversation: Interviews with John W. Cook and Heinrich Klotz 1969 – 1970 (J. D. Prown and K. E. Denavit, eds) was published in 2015.

He was predeceased by his wife of 53 years, Phyllis D. Cook, and is survived by his daughter Stephanie Ayles (Stephen DePatie) of Texas, his son John Clayton Cook of Connecticut, and three grandchildren.

A memorial service will be held at Yale on Monday, June 17 at 11:00 am in Marquand Chapel at Yale Divinity School (409 Prospect St., New Haven).

Contributions in memory of Dr. John W. Cook ’57 B.D. ,’72 M.Phil., ’75 Ph.D. can be made to the Yale Divinity School’s Annual Fund to support student scholarships at  www.Yale.edu/giveDivinity or mailed to:

Pictured above: Two ISM directors: John Cook with Margot Fassler, who would succeed him as the director of the ISM, in an undated photo from the late 1980s.