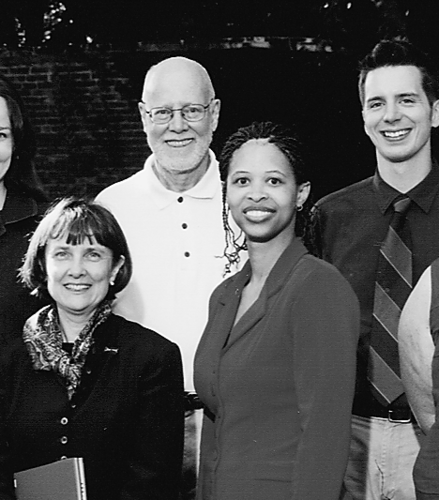 John Leinenweber (B.A. ’57; M.A.R. ’93) passed away on July 7, 2021 while residing at Kendal, Oberlin, Ohio. He was 85 years old. A friend and community member of the ISM for more than twenty years, he worked as an editor, indexer, and translator; attended concerts and lectures; and supported students and faculty of the ISM, YDS, and BDS in innumerable ways. He worked with Teresa Berger and Bryan Spinks on several edited volumes from the ISM’s liturgy conference series, and was a translator from the Latin into English of books he loved, especially works by Augustine and St. Gregory the Great, including Love One Another, My Friends: St. Augustine’s Homilies on the First Letter of John (1989); Be Friends of God: Spiritual Readings from Gregory the Great (1990); Letters of Saint Augustine (1992); Pastoral Practice: Books 3 and 4 of the Regula Pastoralis (1998); In the Beginning Was the Word: St. Augustine’s Homilies on the Gospel According to John (abridged; 2012); and Bernard of Clairvaux’s Sermons for Lent and the Easter Season (2013).

After receiving his undergraduate degree, he joined a Benedictine monastery in Rhode Island; he taught and served there and in Elmira, NY and Abiquiu, NM before returning to Yale to study at Yale Divinity School around 1990. In later years, he moved to Kendal retirement complex next to the Oberlin campus, where he devoted himself to his Roman Catholic faith, to choral singing, to his beloved gardening, and to attending concerts and lectures on subjects of interest. Wherever John lived, all these things grew richer and flourished because of his careful and loving attention.

Contributed by Margot Fassler with Teresa Berger and Melissa Maier

Photo by Robert A. Lisak