On Saturday December 10, Yale Schola Cantorum performed Bach’s Weihnachts Oratorium BWV 248 (the Christmas Oratorio) to an enthusiastic crowd in Woolsey Hall. Many more from all over the world watched the choir and orchestra via live stream. View a slideshow here.

Written in 1734, Weihnachts Oratorium was designed to be performed in installments over the thirteen-day period between Christmas and Epiphany. Of the work’s six parts, four were heard on Saturday.

Yale Schola Cantorum is a chamber choir that performs sacred music from the sixteenth century to the present day in concert settings and choral services around the world. The group will perform again in Woolsey Hall on February 19. Read more. 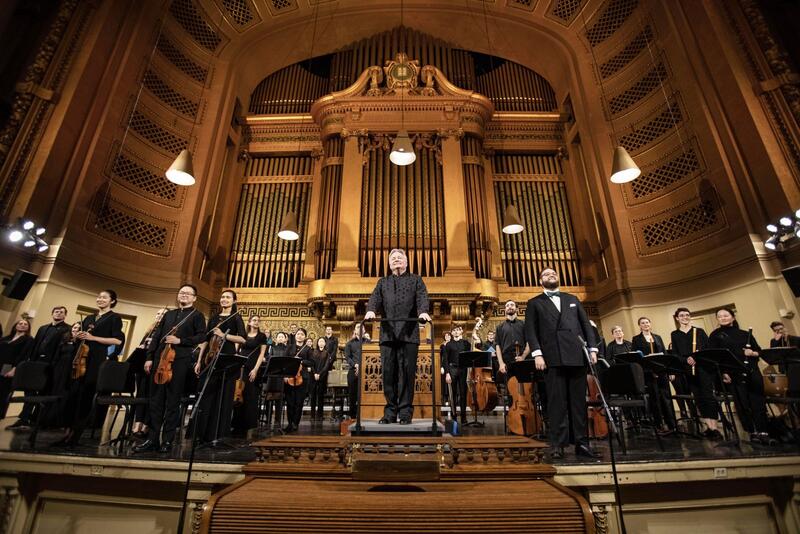