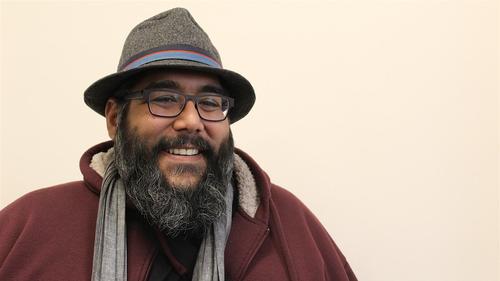 Abdul-Rehman Malik is an award winning journalist, educator and cultural organizer. In June 2019 he was appointed Lecturer and Associate Research Scholar at the Yale Divinity School. He also serves at the Program Coordinator at Yale University’s Council on Middle East Studies, and is responsible for developing curricula and partnerships with public schools to promote better cultural, language and religious literacy about the Middle East to educators and students alike. Abdul-Rehman also serves as Director of the Muslim Leadership Lab, an innovative student leadership program being incubated at the Dwight Hall Center of Social Justice at Yale. He remains programs manager for the Radical Middle Way, which offers powerful, faith-inspired guidance and tools to enable change, combat exclusion and violence and promote social justice for all. His work has spanned the UK, United States, Indonesia, Pakistan, Sudan, Mali, Morocco, Singapore, Canada and Malaysia.

Abdul-Rehman is a frequent journalist for BBC Radio, offering contemporary perspectives on contemporary spirituality. Until 2018 regularly presented the popular Pause for Thought segment on Radio 2 and Something Understood on Radio 4. His most recent essay for Radio 3’s Holy Week 2019 was entitled “Behold the Man”. In conjunction with The Aga Khan Museum in Toronto, Abdul-Rehman will be launching and hosting a new podcast in 2020 entitled “This Being Human”, which will explore kaleidoscope of contemporary Muslim experience and identity.