Restored ISM Building Will be Named for Benefactors 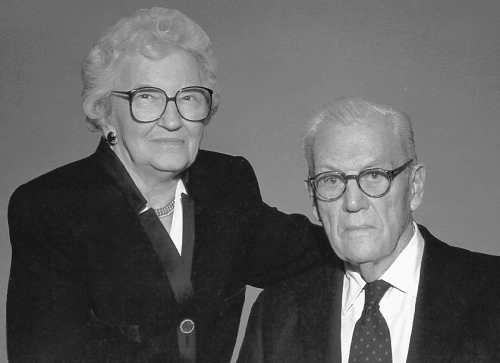 ISM director Martin Jean has announced that its new home at 406 Prospect St. in New Haven, scheduled to open in the summer of 2018, will be named for its original benefactors, the Miller family of Columbus, Indiana. Miller Hall will house many of the ISM’s interdisciplinary faculty, fellows, and staff, and serve as a focal point for its 65 students, with spacious common areas, classrooms, and quiet spaces.

Restoration work is beginning at the property, which was built as a single-family dwelling in 1909 by the American architect (and Yale College graduate) Grosvenor Atterbury (1869-1956), known not only for the gracious mansions he created for his wealthy clients, but also for his innovative cost-effective designs to provide a higher standard of housing – and health – for the less privileged. He pioneered the use of some of the very first prefabricated concrete housing plans.  The current restoration project is being carried out by the architects Apicella + Bunton of New Haven.

The ISM was established at Yale in May, 1973, with a gift of $10 million from the family foundation of J. Irwin Miller and his sister, Clementine Miller Tangeman (pictured below with Yale President Richard Levin). Miller, a Yale College graduate, was an American industrialist instrumental in the rise of the Cummins Corporation, and his sister was the widow of Robert Tangeman, a music historian who had been on the faculty at Union Theological Seminary’s School of Sacred Music, which closed in 1972. The Millers were leaders in the Disciples of Christ church and had supported seminary and musical education in the denomination for years; they had long contemplated beginning a venture at Yale similar to the one at Union. In grant letters to Yale, they wrote:

First, out of what context does our interest in an Institute of Worship, Music, and the Related Arts arise? It rises out of our concern for the needs of the spirit among people living today; out of our own Christian convictions; and out of our belief in the importance of the arts (especially music) as valid and compelling means of transmitting … the essence of the Christian Gospel. 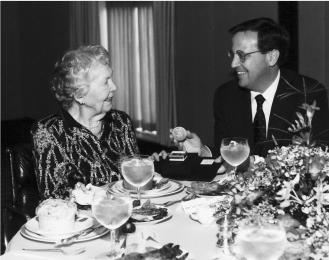 The large common room on the ground floor in Miller Hall will be designated the Tangeman Room.

“We are delighted to be able to honor our benefactors in this way,” said Martin Jean. “The renovated spaces at Miller Hall will transform the ISM, promoting deeper integration of our programs while offering them space to grow and innovate. It is fitting that we can do all this while honoring the memory of our extraordinary benefactors, and indeed, the whole Miller and Tangeman families. Their legacies will now flourish in a beautiful and permanent residence at Yale University.”