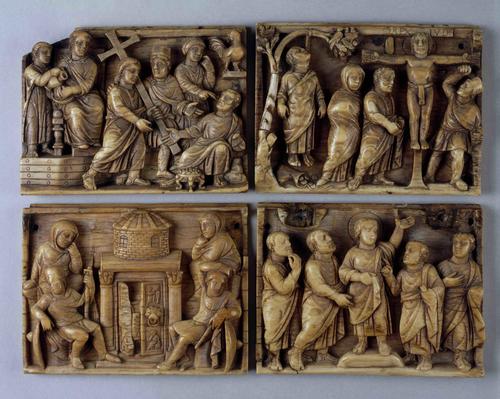 ISM Director Martin Jean and Professor Felicity Harley discuss the emergence of the Cross as the primary symbol of Christianity.

Professor Felicity Harley is a specialist in early Christian and medieval art. Her work centers on the origins and development of Christian iconography within the visual culture of Roman late antiquity, and extends to the ‘survival’ of the Classical tradition from late antiquity through to the Italian Renaissance. Before coming to Yale, Felicity was the Gerry Higgins Lecturer in Medieval Art History at the University of Melbourne where she taught across the fields of Roman, Byzantine, Medieval and Renaissance art history, as well as art theory and historiography. She is currently preparing a monograph on the earliest images of crucifixion and co-editing (with Henry Maguire) a volume on the life and scholarship of Ernst Kitzinger.