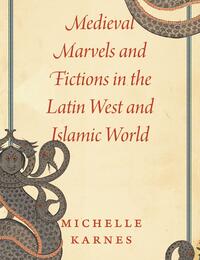 Michelle Karnes (2018–2019 Fellow)
Medieval Marvels and Fictions in the Latin West and Islamic World
The University of Chicago Press, 2022

Marvels like enchanted rings and sorcerers’ stones were topics of fascination in the Middle Ages, not only in romance and travel literature but also in the period’s philosophical writing. Rather than constructions of belief accepted only by simple-minded people, Michelle Karnes shows that these... read full description 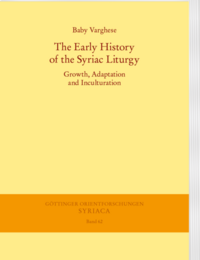 The present study is an overview of the general development of the Syriac liturgical traditions until the end of the 13th century. It traces some of the aspects of the encounter between Syriac Christianity and its surrounding cultural milieu. Literary genres and styles from the Early Jewish,... read full description 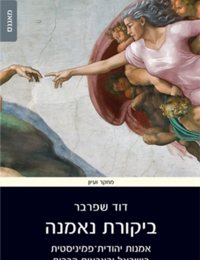 This book examines the nature, methods, and contribution of Jewish feminist art to the various spheres of art, society, and religion and proposes a theoretical framework for its understanding. The Jewish religious feminist art movement has developed since the late 1990s in the two major Jewish... read full description 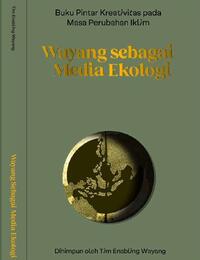 Wayang is not only a survival from the past but a living art with potential to speak directly to the current global climate change crisis. This sourcebook is intended for artists, activists, administrators, and culture lovers who wish to explore how wayang in the past and the most innovative... read full description 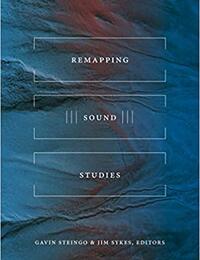 The contributors to Remapping Sound Studies intervene in current trends and practices in sound studies by reorienting the field toward the global South. Attending to disparate aspects of sound in Africa, South and Southeast Asia, Latin America, the Middle East, Micronesia, and a Southern outpost... read full description 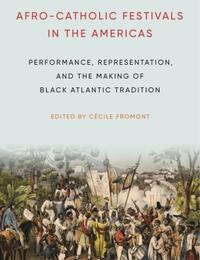 This volume demonstrates how, from the beginning of the Atlantic slave trade, enslaved and free Africans in the Americas used Catholicism and Christian-derived celebrations as spaces for autonomous cultural expression, social organization, and political empowerment. Their appropriation of... read full description 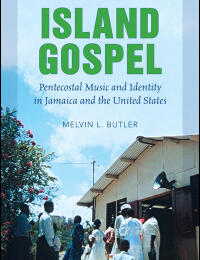 Melvin L. Butler journeys into this crossing of boundaries and its impact on Jamaican congregations and the music they make. Using the concept of flow, Butler’s ethnography evokes both the experience of Spirit-influenced performance and the transmigrations that fuel the controversial... read full description 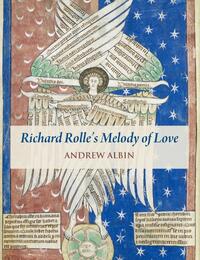 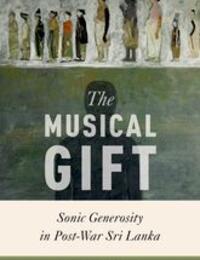 The Musical Gift tells Sri Lanka’s music history as a story of giving between humans and nonhumans, and between populations defined by difference. Author Jim Sykes argues that in the recent past, the genres we recognize today as Sri Lanka’s esteemed traditional musics were not... read full description 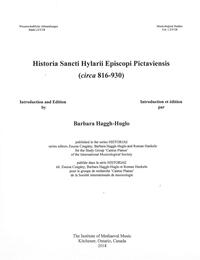 This volume includes the first critical edition of the earliest of three medieval proper offices (historiae) to survive for St. Hilary of Poitiers (d. 368), bishop and oldest Western doctor of the Church,... read full description 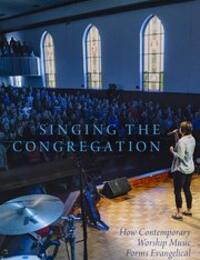 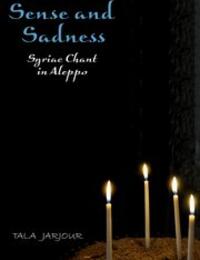 Sense and Sadness is an innovative study of music modality in relation to human emotion and the aesthetics of perception. It is also a musical story of survival through difficulty and pain. Focusing on chant at St George’s Syrian Orthodox Church of Aleppo, author Tala Jarjour puts forward... read full description 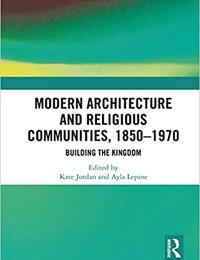 Social groups formed around shared religious beliefs encountered significant change and challenges between the 1860s and the 1970s. This book is the first collection of essays of its kind to take a broad, thematically-driven case study approach to this genre of architecture and its associated... read full description 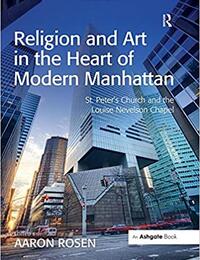 “When you’re in New York” the sculptor Louise Nevelson once said, “you’re in perpetual resurrection.” She might have said the same thing about St. Peter’s Lutheran Church, set in the heart of midtown Manhattan. In the 1970s the church made a radical move, scrapping its neo-... read full description 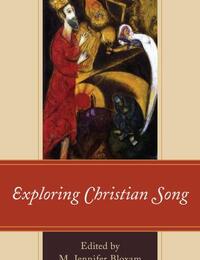 This essay collection celebrates the richness of Christian musical tradition across its two thousand year history and across the globe. Opening with a consideration of the fourth-century lamp-lighting hymn Phos hilaron and closing with reflections on contemporary efforts of Ghanaian composers to... read full description 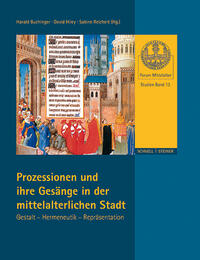 Processions were of paramount importance for symbolic communication in medieval towns; in the dynamic performance of the religious rituals, not only theological meaning was expressed, but also social structures expressed, implemented, and occasionally questioned. The realms of sacred and profane... read full description 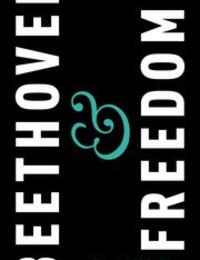 By exploring the musical philosophy of Theodor W. Adorno through a wide range of the composer’s music, Beethoven and Freedom arrives at a markedly different vision of freedom. Author Daniel KL Chua suggests that a more human and fragile concept of freedom can be found in the music that has... read full description 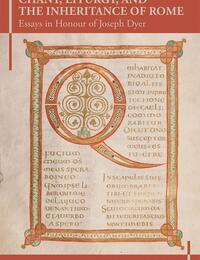 Daniel DiCenso (2013–2014 Fellow)
Chant, Liturgy, and the Inheritance of Rome: Essays in Honour of Joseph Dyer
Boydell & Brewer, 2017
The influence of Rome on medieval plainsong and liturgy explored in depth.  Containing substantial new studies in music, liturgy, history, art history, and palaeography from established and emerging scholars, this volume takes a cross-disciplinary approach to one of the most celebrated and... read full description 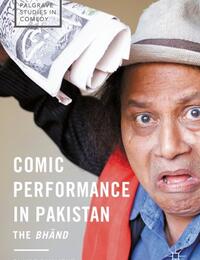 This book explores comic performance in Pakistan through the vibrant Indo-Muslim tradition of the Punjabi bhānd which now holds a marginal space in contemporary weddings. With irreverent repartee, genealogical prowess, a topsy-turvy play with hierarchies and shape shifting, the low-status bhānd... read full description 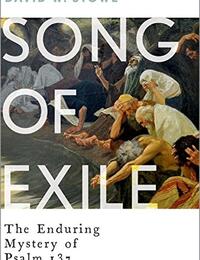 Oft-referenced and frequently set to music, Psalm 137 - which begins “By the rivers of Babylon, there we sat down, yea, we wept, when we remembered Zion” - has become something of a cultural touchstone for music and Christianity across the Atlantic world. It has been a top single more than once... read full description 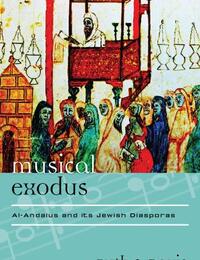 The essays in Musical Exodus: Al-Andalus and its Jewish Diasporas extend beyond the music of medieval Iberia and its Mediterranean Jewish diasporas to wider aspects of Jewish-Christian and Jewish-Muslim relations. The authors offer new perspectives on theories of musical interaction,... read full description 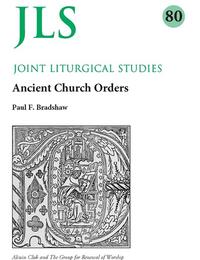 The ‘church orders’ of the patristic period, beginning with the Didache from Syria around 100 AD and running on for centuries from different regions of the Roman Empire and the East, have always attracted the interest of liturgical scholars, and have not infrequently then led to actual modern... read full description 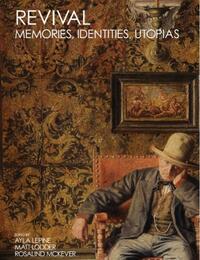 Revivalism in art, design and architecture is a foundational aspect of modernism, though it has often been overlooked. This volume seeks to investigate the diverse dimensions of revivalism, exploring its meanings and impacts across cultures and media between c.1850 and 1950. Bringing together... read full description 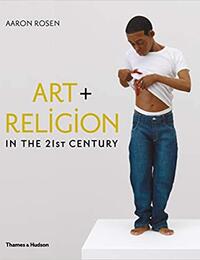 Contrary to the expectations of 20th-century rationalists, religion has not faded away in the 21st century, but roared back onto the scene with renewed vitality. This survey shows how religious themes and images continue to permeate the work of contemporary artists from across the globe. Some... read full description 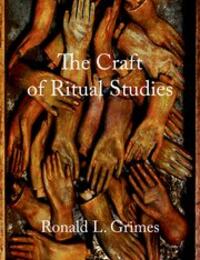 In religious studies, theory and method research has long been embroiled in a polarized debate over scientific versus theological perspectives. Ronald L. Grimes shows that this debate has stagnated, due in part to a manner of theorizing too far removed from the study of actual religious... read full description 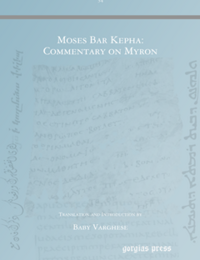 Moses bar Kepha: Commentary on Myron is an important witness to the history of the West Syriac Liturgy. Fr. Baby Varghese has translated the Syriac text into English for the first time. 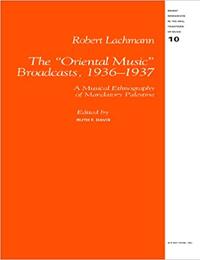 Basilius Groen (2011–2012 Fellow)
Studies on the Liturgies of the Christian East: Selected Papers of the Third International Congress of the Society of Oriental Liturgy
Peeters Publishing House, 2013

This is a collection of seventeen selected papers from the Third International Congress of the Society of Oriental Liturgy, held in Volos, Greece, in 2010. The papers reflect studies on the Ethiopian, Georgian, Hagiopolite, Greek, Bulgarian, Slavonic, early Patristic, East Syriac and West Syriac... read full description 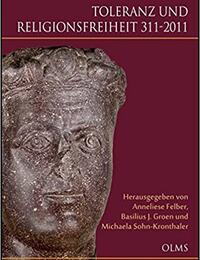 On 31 April 311 Emperor Galerius issued an edict ending the persecution of Christians and giving the Christian cult official and legal recognition. This edict of tolerance represents a decisive turn in history. To mark the 1700th anniversary of this, the Faculty of Theology at Graz University... read full description