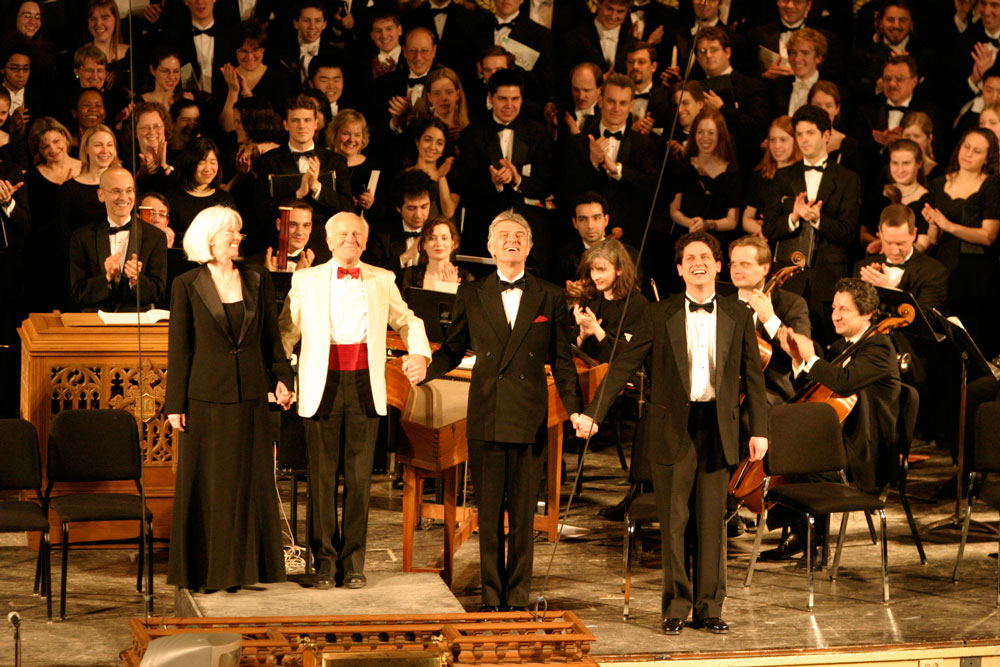 The ISM and Yale School of Music

Joining forces with the considerable resources of the School of Music, the ISM trains musicians for careers in church music, performance, and teaching. Students majoring in organ, choral conducting, and voice will go on to careers in churches and schools, playing or conducting ensembles there or on the concert stage. Some students elect the specialized track in church music studies in order to study liturgy, Bible, and theology along with the more standard music curriculum.

All ISM music students receive a broad musical education equal to that of any Yale School of Music student, but they are also trained with an eye toward understanding the religious and liturgical roots of the music they perform. The young composer with a serious interest in writing sacred music and music for specific liturgical traditions is also occasionally admitted to the Institute. Six concert and liturgical choirs (Yale Camerata, Schola Cantorum, Recital Chorus, Repertory Chorus, Marquand Choir, and Marquand Gospel Choir) have their home in the Institute and count many Institute students among their members.

Institute faculty and students concentrate on the music of the churches through performance and through repertorial, analytical, and historical studies. As both performers and scholars, our faculty and students form a bridge between the School of Music and the Department of Music and are committed to demonstrating the connection of music with culture, liturgy, and religious thought. The repertories studied are of two broad types: (1) cantatorial and congregational song; and (2) Western art-music, including masses, motets, oratorios, art song, and vocal chamber music; and organ repertory in all styles and from all periods. The Institute also encourages serious study of music from other faiths and non-Western traditions.

At a time when the state of music in churches and synagogues pleads for various kinds of well-informed change, it is crucial that talented students who have vocations in sacred music be prepared for challenges both musical and theological. These students must have the finest musical training; they must also argue persuasively for music of authority, knowing enough of liturgical and church history, and of theology, to do so. Thus, although the Institute’s choral conducting, organ performance, and voice performance majors are fully enrolled in the School of Music, they are encouraged to elect courses in liturgics, theology, biblical study, and religion and the arts.

In its broadest sense, the Institute of Sacred Music’s presence at the heart of a major school of music is a reminder that secular repertories—from madrigals and opera to chamber music and symphonies—were brought to their first heights by musicians trained in the churches, and that composers make frequent and conscious returns to the traditions of liturgical music. Mendelssohn’s resurrection of Bach’s choral works, Brahms’s patient studies and editions of medieval and Renaissance repertories, Stravinsky’s use of Russian Orthodox chant in his Mass, and Ives’s deeply religious “secular” works all reclaim the musical materials of congregational song. The Institute thus upholds the importance of the churches and religious institutions for the teaching and preservation of great musical repertories, whether simple or complex, music of the past or contemporary compositions, the concert mass, fugue, hymn tune, or psalm setting.