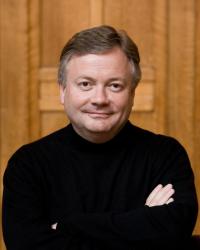 David Hill has a long and distinguished career as one of the leading conductors in Europe. His talent has been recognized by appointments as chief conductor of The BBC Singers, musical director of the Bach Choir, chief conductor of the Southern Sinfonia, music director of Leeds Philharmonic Society and associate guest conductor of the Bournemouth Symphony Orchestra. In 2002, he was awarded an honorary doctorate by the University of Southampton in recognition of his services to music. In 2007 he was named an honorary member of the Royal School of Church Music and in 2010 an honorary fellow of the Royal Academy of Music.

With over seventy recordings to his credit, Hill has performed virtually every style and period in the choral repertoire from Gregorian chant to Renaissance polyphony, from baroque oratorios to modern masterpieces for chorus and orchestra. He has commissioned dozens of works from leading composers of today, including Judith Bingham, Francis Pott, Patrick Gowers, Sir John Taverner, and Philip Wilby.

Since founding Bach Collegium Japan in 1990, Masaaki Suzuki has established himself as a leading authority on the works of Bach. He has remained the Collegium’s music director ever since, taking the group regularly to major venues and festivals in Europe and the USA and building up an outstanding reputation for the expressive refinement and truth of his performances. In addition to conducting, Suzuki is also renowned as an organist and harpsichordist. 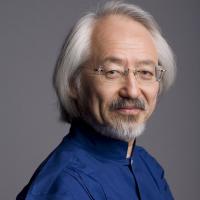 He is regularly invited to work with renowned European soloists and groups, such as Collegium Vocale Gent and the Freiburger Barockorchester; he recently appeared in London with the Britten Sinfonia in a program of Britten, Mozart, and Stravinsky. Forthcoming engagements with other ensembles include the Hong Kong Philharmonic, the Nagoya Philharmonic and the Netherlands Radio Chamber Philharmonic Orchestras. In 2001 Suzuki was decorated with the Federal Order of Merit from Germany.

Suzuki’s impressive discography on the BIS label includes his interpretations with Bach Collegium Japan of Bach’s major choral works and sacred cantatas. With forty volumes now completed, the Times has written: “it would take an iron bar not to be moved by his crispness, sobriety and spiritual vigor.”

His commitment to sacred music is reflected both in his deep reflection on theological meanings in the music he conducts, and also in his interest in music of congregations. Following his return to Japan from the Netherlands, he launched a project to translate the entire Genevan Psalter into Japanese. This collection is now used in Christian churches throughout Japan.