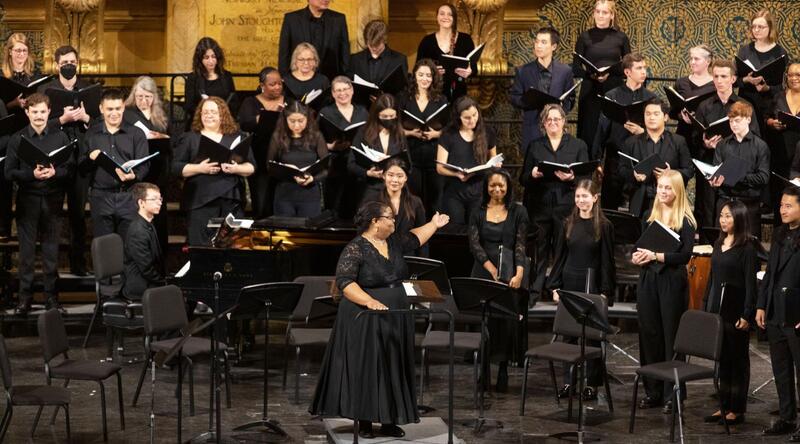 Yale Camerata is a sixty-voice vocal ensemble whose members are Yale graduate and undergraduate students, faculty, staff, and experienced singers from the New Haven community. Conducted by Dr. Felicia Barber, the ensemble performs a widely varied spectrum of sacred choral literature, with a special commitment to choral music of our time. The Camerata was founded by Marguerite L. Brooks in 1985.