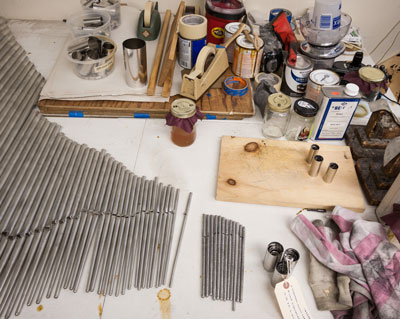 In the late 1920s, the Skinner Organ Company, America’s premier organ-building firm, constructed three epoch-making instruments for the universities at Princeton, Ann Arbor, and Chicago.  These organs gained immediate acclaim for their forward-looking design, and they quickly became iconic in the rarefied atmosphere of organ-building.  Their musical qualities inspired a generation of composers and organists, setting the standard for the art of building organs in this country.

Not to be outdone, Yale University Organist Harry Benjamin Jepson invited the Skinner Company to rebuild and enlarge the great Newberry Memorial Organ in Woolsey Hall, an instrument that traced its beginnings to the Hall’s dedication in 1903.  When the rebuilding was completed and the organ dedicated in December 1929, it became the largest organ ever to bear the Skinner nameplate.  Its more than 12,500 pipes shook the Hall’s foundations, thrilling audiences with its massive, heroic ensembles and heart-stopping ethereal effects.

Surprisingly, even the staid world of organ-building is subject to the whims of fashion.  The three original “University Skinners” sadly fell prey to changing tastes in organ design.  The Yale organ, however, remained exactly as it was finished, as much for a lack of funds to alter it, as for its outstanding musical qualities.  Cinderella-like, it was left standing after its famous sister instruments were altered beyond anything their builder would be able to recognize.

Pendulums notably swing in two directions, and in the past several decades the Newberry Organ once again has emerged as one of the important monuments of its era.  Today it attracts the attention of a new generation of admirers.  It is seen not as a curiosity of a time long-gone, but as a superb vehicle for the rendition of organ music from the nineteenth century onwards.

Aubrey Thompson-Allen, Yale’s curator of organs from 1952 until his retirement in 1973, quickly identified the Newberry Organ as worthy of preservation at all costs.  Working at first with a very limited budget, he began to address the aging instrument’s increasing ailments, beginning with the most urgent repairs, in an effort to keep the organ playable.  Encouraged by Yale University Organist Prof. Charles R. Krigbaum, Thompson-Allen was able to set into motion a program for the piecemeal rebuilding of the instrument’s mechanism.  As inefficient as such a program necessarily must be, it permitted the Newberry Organ to escape the fate of so many of its contemporary instruments.

This program of specific and limited rebuilding was continued and expanded by Thompson-Allen’s successors, Nick Thompson-Allen (his son) and me (his former assistant).  With the cooperation of Professors Thomas Murray and Martin Jean, each summer the organ was shut down for crucial repairs that enabled it to stand up to the heavy use (up to 50 hours per week) that it receives during the academic year.  While this plan permitted the organ to carry on, a side effect was that there was always some project needing to be done.  Like painting the Golden Gate Bridge, crossing the finish line meant starting all over again.

Two years ago, however, the Yale Institute of Sacred Music, which provides the financial support for the ongoing maintenance of all sixteen of Yale’s extraordinary collection of pipe organs, embarked upon a new program of restoring the Newberry Organ in a systematic section-by-section approach that is both more practical and efficient than the previous incremental approach.  Three of the instrument’s eight major divisions (String Organ, Choir Organ and Swell Organ) have been fully restored.  The next section (Solo Organ) will be started in the late spring of this year.

By using the section-by-section method, essential restoration techniques that were simply not possible in the limited time frame of summer repairs are now feasible.  As each section is restored, not only can its mechanism be fully rebuilt, but all of its pipework (some 2,500 pipes in the Swell Organ alone) can be cleaned and regulated.  As the decades of accumulated dust are washed away, each section gains a new degree of clarity and freshness of sound not heard since Prof. Jepson dedicated the organ in 1929.

Approaching the Newberry’s restoration in this manner virtually guarantees that it will be available in the years to come, ready to take on its full duties as a teaching, concert, and ceremonial instrument.  Such stewardship is not only essential but also laudable, demonstrating the University’s commitment to preserving the Newberry Memorial Organ as a monument to American organ-building.