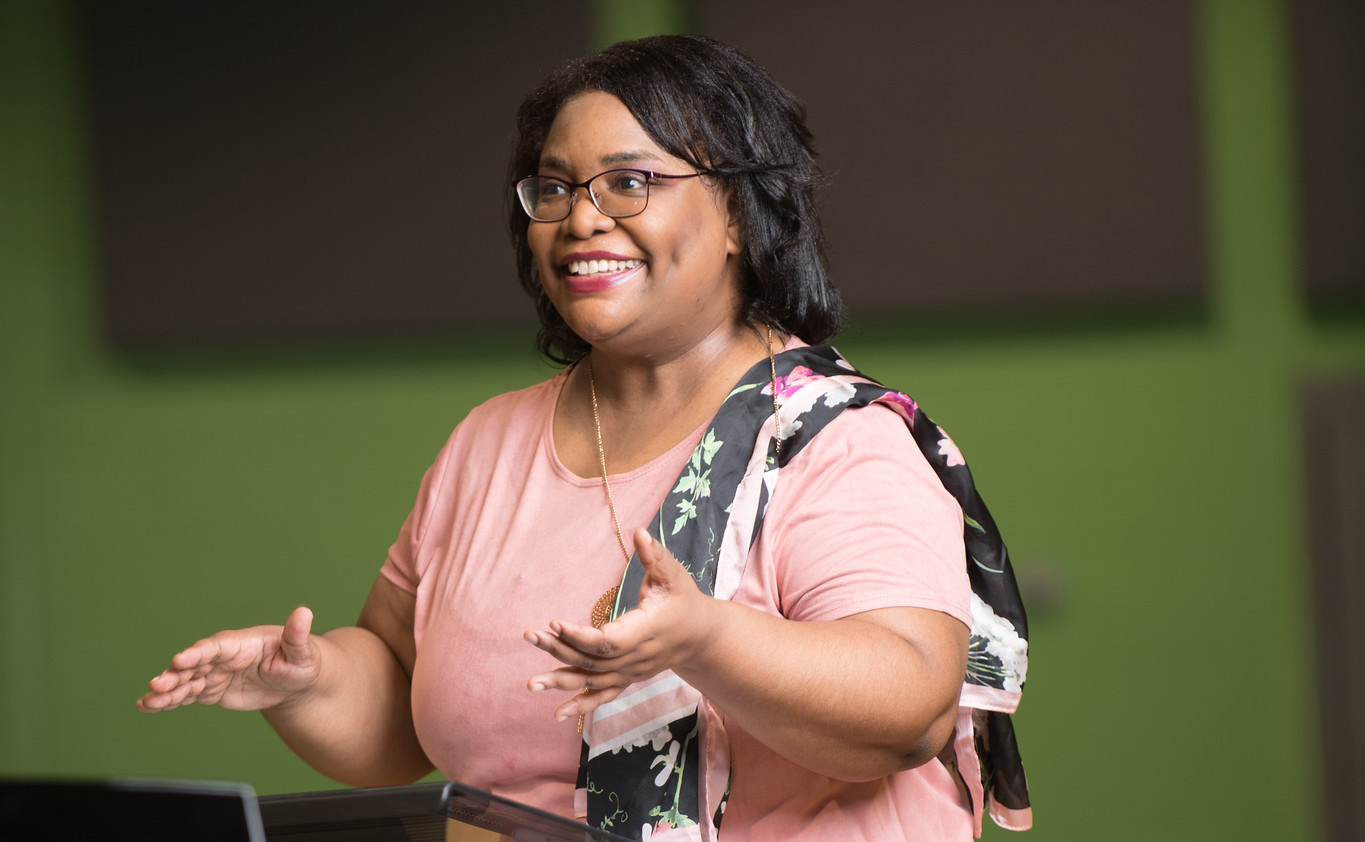 Dr. Felicia Barber served for the past nine years as Director of Choral Activities at Westfield State University, in Westfield, Mass., where she led the Chamber Chorale, Gospel Choir, and University Chorus and taught classes in conducting, choral music education, and pedagogy. 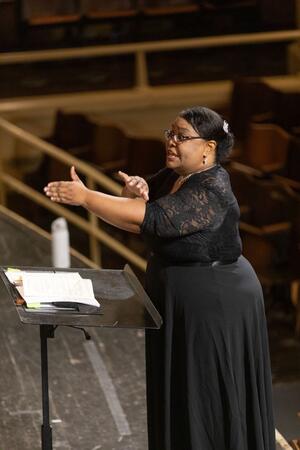 Barber, whose research interests include effective teaching strategies, fostering classroom diversity and incorporating equity and justice initiatives in choral curricula, and the linguistic performance practice of African American spirituals, has contributed to such periodicals as the American Choral Directors Association’s Choral Journal and is the author of A New Perspective for the Use of Dialect in African American Spirituals: History, Context, and Linguistics (Rowman & Littlefield, 2021). She has given clinics and presentations on topics related to diversity in choral music and implicit bias in classical music, among other areas, at institutions across the United States, and in 2021 delivered a lecture at Yale titled “Performance Practice: A linguistic Approach to Dialect Found in Spirituals.”

At the Yale Institute of Sacred Music and Yale School of Music, Barber serves as Associate Professor, Adjunct, of Choral Conducting and conducts the Yale Camerata. In addition to teaching graduate-level choral conductors and aspiring undergraduate conductors, Barber is developing a new initiative designed to prepare Yale students to work with young musicians on choral music in school and church settings.

An active member of American Choral Directors Association (ACDA), Barber has presented her research at state, divisional, and national conferences. She also has served on the organization’s National Diversity Committee and Eastern Division 2020 Conference Committee and is the current President of the Massachusetts ACDA board. In addition, she is regularly engaged as a guest conductor for youth and community festivals around the country, including several All State ensembles in Vermont, Oklahoma, and California, as well as upcoming festivals in Louisiana, New Hampshire, North Carolina, Wisconsin, and Rhode Island.