In addition to the academic-year fellows, we also support fellows who come to the ISM for a short time to do research in one of Yale’s unique collections.

Marcella A. Ernest is a graduate instructor and academic research assistant in the American studies department at the University of New Mexico. She is working on a scholarly and creative project that engages Native American ethnographic material, photography, and sound recordings. At Yale, she will access the Native American Sound Recordings and the Gilbert Papers at the Irving S. Gilmore Music Library; “Songs of the Chippewa,” created by Frances Densmore, at the Yale Divinity Library; and the Western Americana Collection at the Beinecke Rare Book & Manuscript Library. 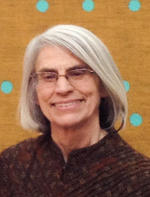 Kathy Foley is professor of theatre arts and editor of the Asian Theatre Journal at the University of California, Santa Cruz, and was a fellow at the ISM during the 2012–2013 academic year. She returns to Yale to work with the Yale Art Gallery’s 20,000-puppet collection of wayang (Indonesian puppets), building on both her previous work and the work of 2018–2019 ISM fellow Matthew Cohen. She is especially interested in the iconographical adaptations for specific characters in different regions of Java, and the ways ethnicity and religion may historically intertwine in relation to woodworking and Islamic craft guilds.

Eleanor Giraud is a tenured lecturer in ritual chant and song at the Irish World Academy of Music and Dance at the University of Limerick. She will use three Processionals made for use by Dominican nuns held in the Beinecke’s collections as a case study to explore the extent to which the liturgical practices of Dominican sisters followed the norms of their brothers, analyzing these against the authoritative exemplar of the Domincan Processional in Rome to define the types of alterations and adjustments (if any) found in the nuns’ liturgical practices. 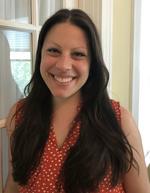 Amanda Vernon is a Ph.D. candidate in English literature at the University of Lancaster (U.K.). Her research interests include George MacDonald and nineteenth-century literary criticism, and nineteenth-century religion and literature. At Yale, she will use the George MacDonald Collection at the Beinecke Rare Book & Manuscript Library to explore the ways in which MacDonald thought about the relationship between theology and literature.